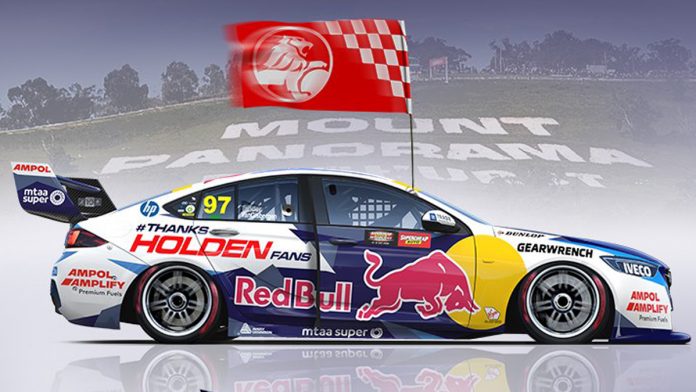 Produced in the immediate aftermath of the epic farewell to Holden’s factory involvement in motor racing, this limited edition print is sure to sell quickly – in fact it’s limited to just 888 prints.

ORDER HERE: Don’t miss out and pre-order yours here from the V8 Sleuth Bookshop.

The print depicts Shane van Gisbergen and the Red Bull Holden Racing Team Commodore he shared with Garth Tander in the immediate aftermath of the race, carrying the flag handed to him by fan Dennis King on the cool down lap following the Great Race victory.

Signed and individually numbered by the artist, it’s printed on satin 200gsm card, in A2 size (420 x 594mm) and is scheduled for release in early November 2020.