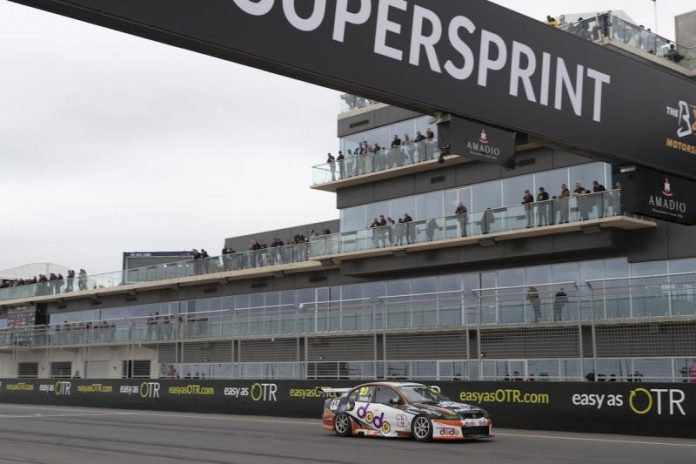 OTR The Bend 500 to feature celebration of V8 racing history …

THE final round of the 2020 Kumho Tyre Australian V8 Touring Car Series at OTR The Bend 500 next September will be known as the ‘V8 Sleuth Classic’, marking the event as a major celebration of V8 touring car racing history and heritage.

The announcement confirms a special feature element for the final round of next year’s series at The Bend Motorsport Park in South Australia, with a range of ex-V8 Supercars from the early 1990s through into the 2000s expected to enter and grow the field beyond its regular size.

These cars will join the regular Kumho Series field to create a V8 Touring Car spectacular with Falcons and Commodores from the 1990s and early 2000s to line up on the grid as part of a bolstered Heritage Class for the weekend.

Cars built by famous V8 Supercar teams such as Perkins Engineering (above), Dick Johnson Racing, Gibson Motorsport and the Holden Racing Team are all potential competitors for the V8 Sleuth Classic.

Leading Super2 Series team owner Ben Eggleston has already flagged interest in running one of his ex-Holden Racing Team Commodores at the event, while an ex-Jim Beam Racing/Dick Johnson team Falcon BF driven by Jason Foley will be among the field having already committed to the full 2020 Kumho Series schedule.

The V8 Sleuth Classic has been established to cater for the huge interest in early era five-litre/V8 Supercar racing among collectors and prospective racers and encourage their cars back out onto the circuit.

Television coverage and the fact the V8 Sleuth Classic will be a support category at a major Virgin Australia Supercars Championship event is a boon for period car owners keen to race their ex-Supercars at the award-winning, internationally-renowned venue.

V8 Sleuth’s Aaron Noonan has linked with Kumho Series organisers to help make the final round of the 2020 series even bigger and better than normal.

The V8 Sleuth Classic, round five of the 2020 Kumho Tyre Australian V8 Touring Car Series, will be held at The Bend Motorsport Park on September 18-20.

“In recent years we’ve been very pleased how the Kumho Series has attracted more young drivers keen to establish their careers in Supercars racing.

“As that has occurred, many of the older cars have drifted out of the series and have no longer been running in our fields.

“Making the final round the V8 Sleuth Classic will put these cars back in the bright lights and give their owners an opportunity to run them at a top-level event with a special focus.

“The Heritage cars were the backbone of the formation of the Kumho Series in 2008 and this gives them a prime platform to be featured on once more.

“We will be offering assistance to Heritage car owners looking to compete in the V8 Sleuth Classic too.”

“Earlier this year we put a lot of work into getting a stand-alone V8 Sleuth Classic off the ground in but some factors worked against us.

“By linking with the Kumho Series at The Bend Motorsport Park next year, the door is open for owners of cars of the period to join the Heritage Class for the weekend with all of the desirable elements there – a top-notch circuit and facility, television coverage and the following and audience that running at a Supercars Championship round brings.

“While the Heritage Class is already a part of the regular Kumho Series and open to ex-V8 Supercars from 1992 to 2002, this marquee round will add another element in terms of exposure and opportunity.

“There are a range of ex-Supercars sitting in garages in South Australia and indeed other nearby states – it’s time to get them out and enjoy a weekend of on-track competition in them.

“This initiative only compliments the existing Kumho Series teams and cars and will add another layer of interest in the final round of next year’s series.”