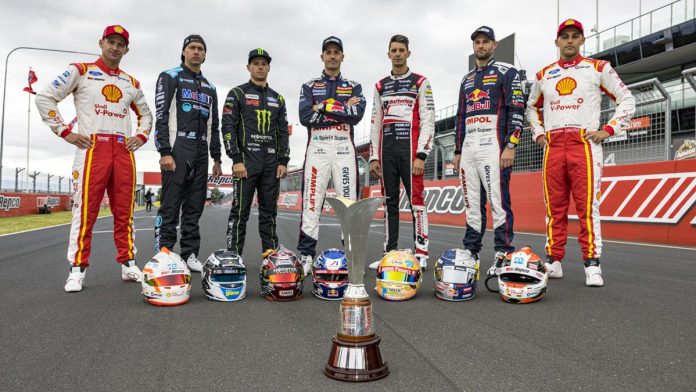 HAVING two Repco Supercars Championship rounds at Bathurst in a single season is set to remain a one-off, regardless of the success of this weekend’s event.

Supercars is starting its 2021 season with the Repco Mount Panorama 500 while the category’s traditional flagship event, the Bathurst 1000, is again scheduled to take place in October.

It marks the first single-driver event for the category at Bathurst since sprint meetings were held in 1995 and ’96, after which the concept was abandoned largely due to costs and an inability to draw a sizeable crowd.

This year’s scenario is unique, as the Mount Panorama 500 replaces the Bathurst 12 Hour which was deemed unviable without international entries under current COVID-19 travel restrictions.

Starting the season at Bathurst this year ticked key boxes for Supercars; giving broadcasters a marquee opener after the loss of the Adelaide 500 and fulfilling a new deal with New South Wales to host the season opener.

However, Supercars intends for the 12 Hour to return next year and has already announced a plan to open its 2022 season with the Newcastle 500, which is off the schedule this year due to COVID-19.

Asked if there’s any appetite to have two Supercars events at Bathurst each year going forward, Supercars CEO Sean Seamer said: “No, I don’t think so.

“You’d never do a Mount Panorama 500 and roll into Newcastle, that’s a lot in one state at one period of time.”

However, the long-touted prospect of incorporating Supercars track action into the 12 Hour weekend via a pre-season test remains a possibility.

“It’s not off the cards, particularly with Gen3 coming [in 2022],” Seamer added of having Supercars running at the 12 Hour.

“Access to this track is limited, so it’s never off the table [to run a Supercars test at the 12 Hour] but it’s just got to fit in with the pre-season schedule.”

This weekend’s Supercars event at Mount Panorama has an unusual vibe, given it lacks the historical significance of the much-loved Bathurst 1000.

Last year’s 1000 took place with strict spectator limits due to COVID-19 and Supercars is again having to work within restrictions this weekend.

“It’s based on the density of different zones,” explained Seamer of this weekend’s capacity.

“I think the maximum we could have on any one day here is about 20,000, but that would require all different zones to fill up, [including] corporate.

“It’s not a number for the whole venue. It’s a little bit more complicated because we’ve got zones within zones.

The Mount Panorama 500 will feature 250km races on both Saturday and Sunday.