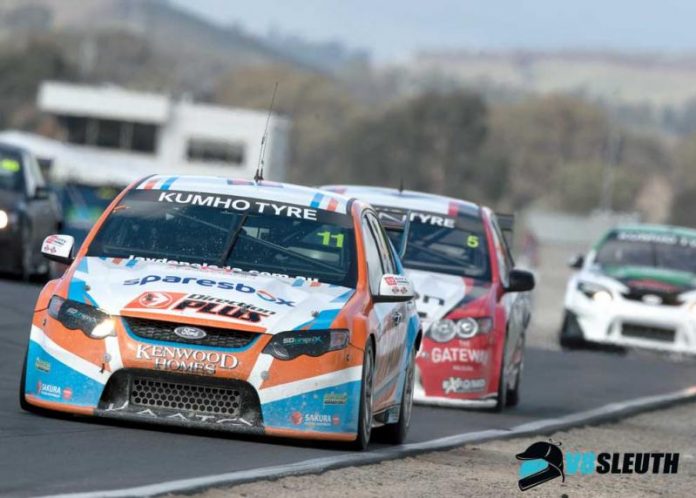 COMPETITORS in the 2020 Kumho Tyre Australian V8 Touring Car Series will be racing for a prize pool next year worth over $125,000.

Confirmed today by series organisers, the prizes have been put up for grabs in order to offer drivers a chance to progress their careers.

As part of their prize, Kumho Series winners will be offered a chance to win funding towards competing in any ARG-backed series or event the following year.

The Kumho Series recently announced a strategic alliance with the Australian Racing Group and confirmed a five-round series calendar for 2020 that features two rounds with the Supercars Championship and three as part of the Shannons Motorsport Australia Championship.

The money can help fund a driver into the TCR Australia Series, S5000 Championship, Bathurst 6 Hour, Bathurst International or be re-invested in another season in the Kumho Series.

The winner of the Pro-Am based Kumho Cup will receive $5000 for be used in any ARG series or event in 2021.

Competitors entering and paying their series entry fee for the 2020 series before December 20 will go into the draw to win a $10,000 credit towards the series entry fee, one round’s worth of new Kumho tyres (six in total) for the Winton round or free fuel for the same event.

The winner will be drawn at the opening round at Sydney Motorsport Park in March 2020.

“The Kumho Tyre V8 Touring Car series has been around for more than a decade but this is by far the largest prize pool we have ever been able to offer our competitors,” says Category Manager Liam Curkpatrick.

“ARG has seen the value in the series and its ability to produce highly talented drives, both young rising stars and Pro-Am Kumho Cup racers, who are looking to continue their careers in motorsport.

“Their support opens the door to our champions and key winners to taking a step up to competing in TCR or S5000, or perhaps tackling one of the several major events on their program next year.

“The early entry prize pool, meanwhile, is an instant chance to remove costs from the 2020 season by going into the draw to win entry fees, tyres and fuel towards the new season.

“It’s an exciting time for the category and we are confident that this will continue to move the championship forward next year and beyond.”

The Kumho V8 Touring Car Series was this year known as the Kumho Super3 Series, however will revert to its original branding and title in 2020.

A home for ex-V8 Supercars that have competed in the V8 Supercars Championship and its Development/Super2 Series, the Kumho V8 Touring Car Series features a range of cars formerly driven by the biggest stars of the sport.