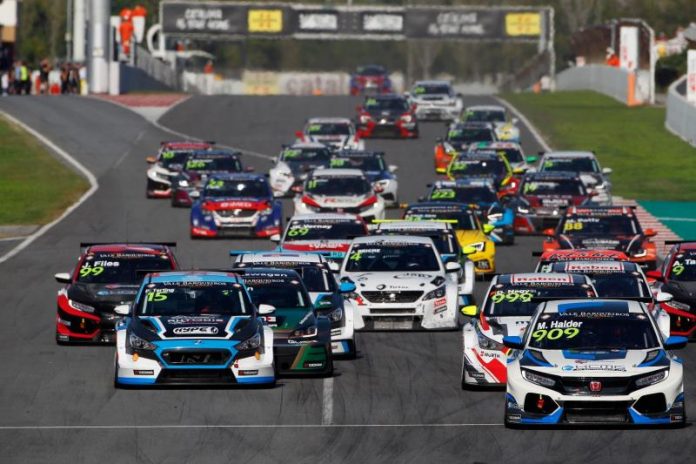 Shannons Nationals-exclusive schedule for TCR in 2019 …

THE new TCR Australia Series has confirmed it will run a seven round inaugural season in 2019 with events exclusively held as part of the CAMS-run Shannons Nationals.

No rounds of the series will race at any Supercars Championship rounds with the opening event scheduled to be at the Sydney Motorsport Park Shannons Nationals round in mid-May.

The seven round series will visit four different states and six different circuits given The Bend Motorsport Park will host the series twice – once in July and then again in November.

TV and broadcast details as well as race formats and other series regulations for the category remain to be confirmed with an official media and competitors launch to be held at Sydney Motorsport Park on Monday November 19.

The TCR formula is worldwide and was developed in 2014 as a cost-effective touring car racing alternative.

The category currently has four internationally sanctioned TCR Series competing around the world plus 12 national or regional series utilising the TCR regulations as their main rule book.

Eligible cars include all front-wheel drive C-Segment hatchbacks or sedans, powered by production-based turbocharged engines with a capacity of up to two-litres.

“The seven events at six circuits give us variety at the best permanent circuits in Australia,” says Matt Braid, Director of the Australian Racing Group, promoters of TCR Australia.

“The events give us great flexibility on race formats too, and we look forward to announcing those in the coming weeks.

“TCR Australia is one of most anticipated new racing categories to land on the Australian motorsport scene in many years. It will be fresh, exciting and action-packed.

“There are still a number of factors to confirm, including the broadcasting of the TCR events, and we are close to locking in all the details of what will be a great debut series for the teams and drivers that commit.”