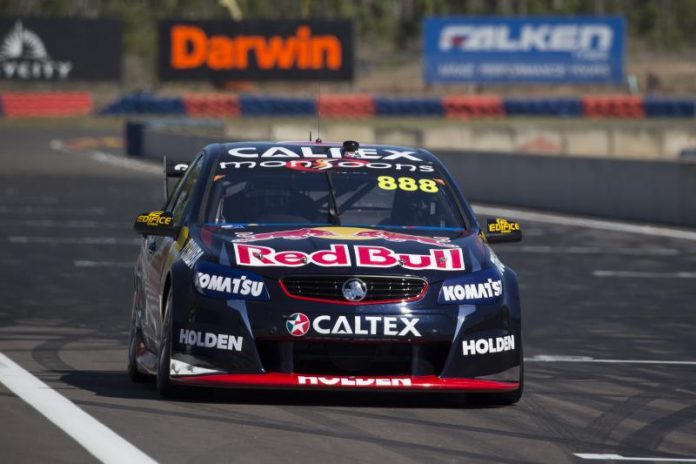 V8 SLEUTH provides statistical information and material to a range of clients in the V8 Supercars Championship, including telecasters, commentators and teams.

Red Bull Racing Australia is one of them and we manage all the cool numbers for them – and Craig Lowndes winning his 100th championship race today is very special.

Craig Lowndes has become the first driver to win 100 races in the history of the Australian Touring Car Championship/V8 Supercars Championship.

It also came in the 888th race in ATCC/V8SC history – the same number as his car and that of his team.

He has won 100 of the races he’s competed in since 1996 – he’s scoring one win in just under every five races over his career.

11 of those 100 wins have been endurance races with his partners being Jamie Whincup (4), Mark Skaife (4), Warren Luff (2) and Yvan Muller (1) at Bathurst, Sandown, Phillip Island, QLD Raceway and the Gold Coast.

All bar 1 of Lowndes’ 100 race wins have come on Australian soil – the only one overseas (beyond Tasmania!) was in Bahrain in 2007.

4 of his 5 Bathurst wins count towards the 100 – the one that doesn’t was his first (1996) as it was not part of the championship back then.

His win in the 1999 Sensational Adelaide 500 is one win in the record books, not two. That race was one race held over two days, rather than two separate races as some sources have it scored.