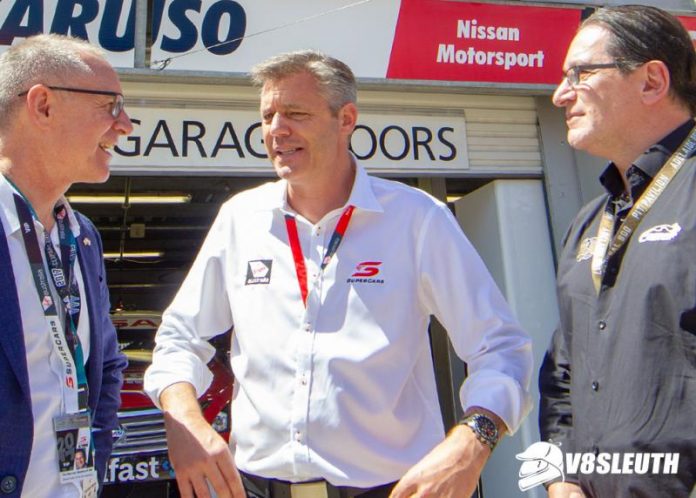 FORMER Supercars boss James Warburton has joined the board of the Australian Racing Group (ARG) as a non-executive director.

ARG is the promoter and owner of the new S5000 category, as well as holding the promotion and commercial rights to the TCR Series in Australia, both of which are set to debut in 2019.

A television and advertising executive, Warburton arrived in Australian motorsport in June 2013 when he was hired by Supercars to be its chief executive officer, turning the sport around across a five-year reign with key deliveries including a six-year, $241m television deal, as well as renewing partnerships with state and territory governments.

Warburton left at the end of 2017 to join outdoor advertising group APN Outdoor as its chief executive, playing a key role in the company’s takeover by global giant JCDecaux during last year. Once that was completed – with a 45 percent share price boost – he departed APN at the end of October.

In his new role, he will represent the shareholders of ARG.

“I’m excited about getting involved with ARG as it brings together my passion for motorsport, media, events and business,” Warburton said.

“The TCR Australia Series, in particular, is dynamic as well as being market and manufacturer relevant.

“It is targeted to a growing demographic and features cars people are buying and driving on a global basis. The Board of ARG is a very experienced and capable team and I look forward to working with them and assisting the business with executing its plans for growth and other commercial matters.”

ARG executive chairman John McMellan added: “It is very pleasing to have someone of the profile, experience and capability of James join the ARG Board.

“His appointment endorses the future plans for the business and James will be integral in assisting and guiding the delivery of those plans over the coming years.

“ARG currently has two new to market categories. The experience and skills that James brings will ensure we deliver a great product that is sustainable commercially and market relevant.”

TCR Australia will debut at the opening round of the Shannons Nationals at Sydney Motorsport Park on May 15-17.