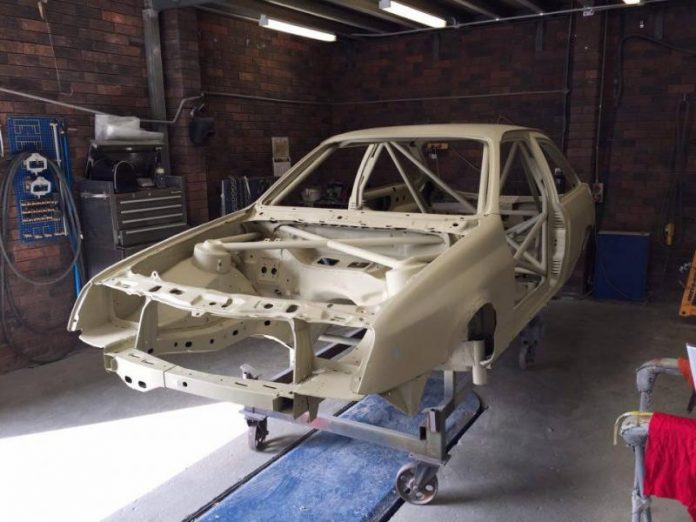 THE Mobil 1 Racing Ford Sierra RS500 driven to pole position in the 1989 Tooheys 1000 at Bathurst by Peter Brock is being brought back to its glory days.

The Dencar-built chassis actually carried Brock and British co-driver Andy Rouse at Bathurst in both 1989 and 1990, finishing fourth in the latter year after a brace of issues with its Bridgestone tyres.

Brock’s 1989 Bathurst pole position was his sixth pole in the Mount Panorama classic, a record that still stands to this very day – see video below.

The car, which spent two decades in Perth, was purchased a little while back by Brock’s former Mobil 1 Sierra teammate Andrew Miedecke and a restoration project has kicked off to return it to its Mobil days.

Miedecke co-drove this very car with Brock in the 1990 Nissan 500 at Eastern Creek and also in the end-of-season Nissan-Mobil 500 endurance races in New Zealand at Pukekohe and Wellington where he and Brock won the two-race series.

Brock’s team had a range of Sierra Group A race cars, starting with two sourced from Rouse’s British team for the 1989 Australian season.

The car undergoing restorationwas debuted at the ’89 Sandown 500 with Brock and Paul Radisich driving it and was Brock’s mount through the end of that season and the entirety of 1990.

It won the Barbagallo round of the 1990 Australian Touring Car Championship.