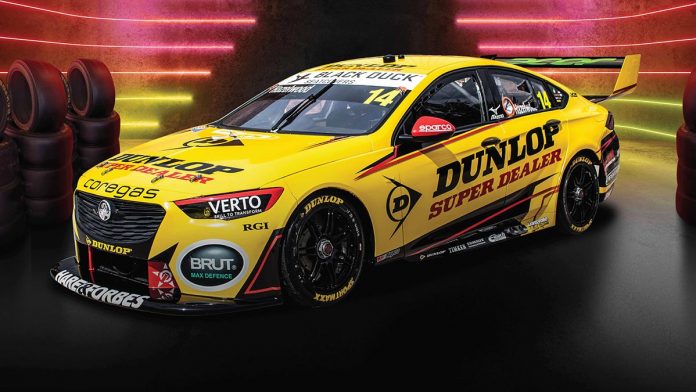 The #14 Holden will carry the colours of primary backing from Dunlop Super Dealer for the Repco Mount Panorama 500, extending the Albury-based squad’s long relationship with the company.

The 2021 season is Hazelwood’s second at Brad Jones Racing and just his fourth racing full-time in the Repco Supercars Championship.

Along with being surrounded by the same crew for a second-straight season, there is another element of continuity in the South Australian racer’s corner.

“2021 also marks the first time in my Supercars career where I’ve raced the same chassis for a second year in a row,” Hazelwood said.

“This gives me an opportunity to start the year with a good bank of knowledge and understanding of how to extract the most out of the chassis setup.

“No doubt this will help me and the team maximise our 2021 campaign and start the year strong.”

“In 2020 I felt the team and I showed some good speed and great potential,” Hazelwood added.

“I’m super motivated to show that we can achieve this on a consistent basis which will ultimately provide us with a strong championship result.”

The lifting of Victoria’s COVID-19 induced lockdown means Hazelwood will turn his first laps in Dunlop’s colours on Friday at the state’s teams pre-season test at Winton Motor Raceway.