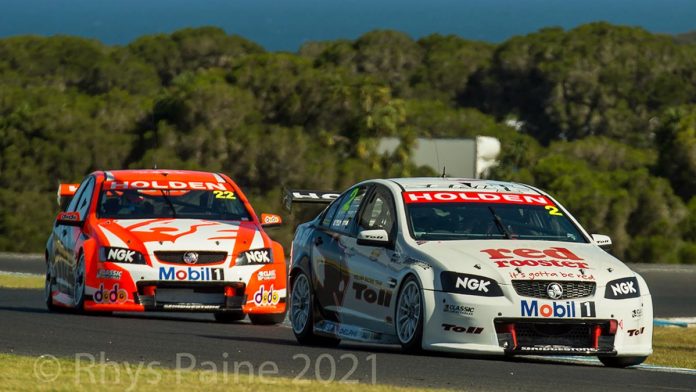 An array of Aussie touring car machinery took to Phillip Island over the weekend as part of the circuit’s popular Classic Festival of Motorsport.

The 32nd running of the classic included three Super Sprint sessions for 5 Litre Touring Cars, consisting largely of V8 Supercar-era machines, plus a handful of Group A and C guests.

Headlining the field was current Supercars full-timer Tim Slade, who after a heavy crash at Bathurst the previous weekend aboard his CoolDrive Mustang made an early return to the cockpit.

His drive came in the Kean family’s ex-Holden Racing Team VE Commodore, sporting the retro colours it wore at the 2010 Bathurst 1000.

Not surprisingly Slade proved the fastest driver of the weekend, recording a best of 1:34.5218 seconds around the 4.5km venue in the second session.