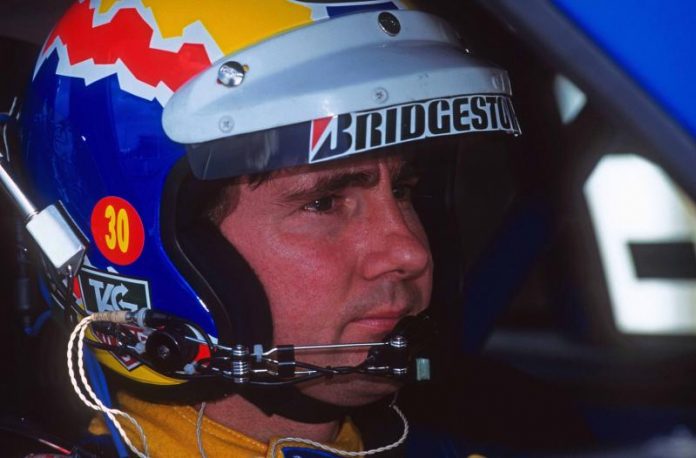 HALL of Famer Glenn Seton has been announced as the special guest at the second annual V8 Sleuth Bathurst Open Night held during race week at this year’s Supercheap Auto Bathurst 1000.

After successful open nights in Melbourne, Bathurst and Perth over the last 12 months, this V8 Sleuth Open Night will celebrate the 25thanniversary of Seton’s first Australian Touring Car Championship in 1993.

As a special treat for V8 Sleuth fans, the night will be held at a new venue, moving to the National Motor Racing Museum to celebrate its recently established relationship with V8 Sleuth.

Admission to the museum on that night is included in the event ticket.

The Bathurst V8 Sleuth Open Night will be held on Thursday October 4, kicking off from 6.30pm.

Book yours tickets here now to lock yourself in to come along to the night.

While the venue has changed, the popular event format has not.

V8 Sleuth’s Aaron Noonan will be on stage, joined by Bathurst legend Seton, to talk about Glenn’s career, celebrate the 1993 Australian Touring Car Championship win, and take questions from fans.

The event will start at the slightly earlier time of 6:30pm on Thursday night to give fans even more time to enjoy the popular event.

In addition, attendees will have the first chance to purchase a special limited edition numbered and signed poster celebrating the Seton ’93 title victory, the first win in the V8 formula era.

Like previous events, a variety of V8 Sleuth merchandise will be available for purchase in addition to the limited editionposter.

A night of great stories, fun, food and prizes is in store, so get in early to reserve your ticket to this event, as past experience indicates that tickets will sell quickly.