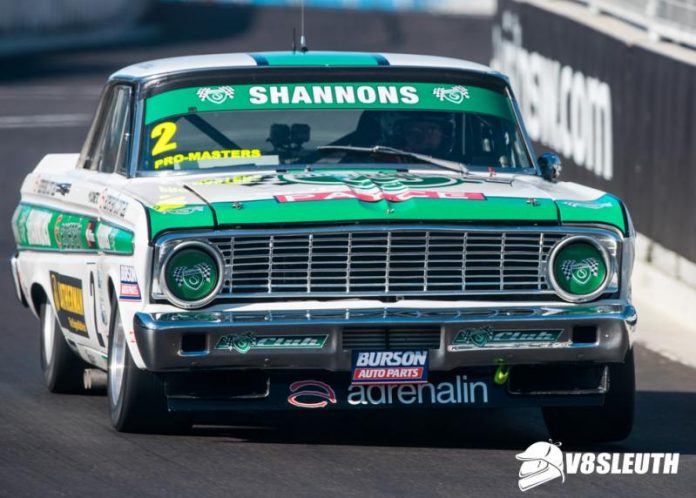 JIM Richards will not be racing in Touring Car Masters in 2019 – but don’t think that it means the seven-time Bathurst 1000 winner is retiring from driving.

Richards has been a stalwart of TCM category almost since its inception, taking a pair of titles aboard his Ford Falcon Sprint and campaigning an AMC Javelin.

The Supercars hall-of-famer has wound back his TCM schedule in recent years – last year he only appeared at the Hidden Valley and Bathurst rounds.

During a special episode of RPM devoted to his decorated career, Richards confirmed that won’t be on the TCM grid at all this year.

“You could say I’m not doing Touring Car Masters,” he told RPM.

“I loved the time I had there but to me it got out of control. Rules were changing too much for me, plus (we were) spending lots and lots of money.

“Then the damage bills came in where the guys were getting hard and fast with the driving. That didn’t sit well with me. I wasn’t enjoying it when that was happening.

In a special sit-down interview in his workshop conducted by V8 Sleuth Aaron Noonan, Richards looks back his decorated and diverse career behind the wheel – and what his racing schedule will look like in 2019.

The special is one of a series of one-on-one chats with notable motorsport identities to air as part of RPM’s programming for 2019.

The full Jim Richards episode of RPM can be watched online at www.tenplay.com.au by clicking HERE.