Home News MCLAUGHLIN TO USE NUMBER 17 IN 2019 SEASON 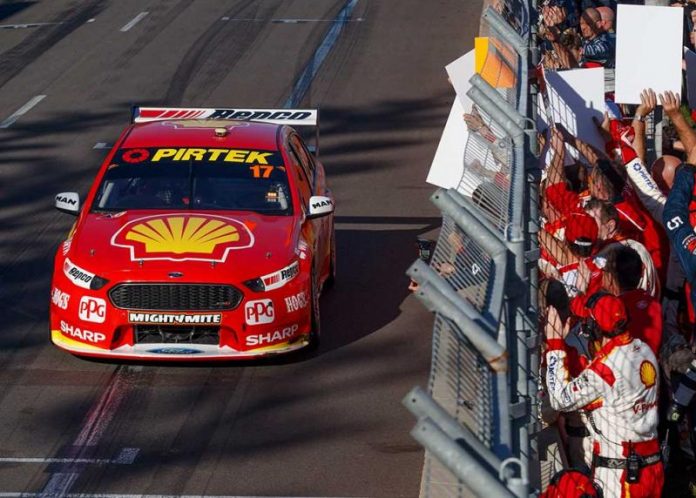 THE champion’s #1 will not appear on the Supercars grid in 2019 with Scott McLaughlin set to keep #17 for his reign.

After telling FOX Sports’ Supercars Trackside in the afterglow of his victory that it was Dick Johnson’s call as to what number he would race, McLaughlin confirmed the choice to media in Sydney.

“We have decided that we are going to be sticking with the #17, we won’t be ripping the ‘7’ off,” he said at The Westin ahead of Monday night’s Supercars Gala Awards evening.

“Dick didn’t do it, so there’s no reason why I need to either.”

Johnson maintained the #17 after each of his five Australian Touring Car Championships, and the only time a Dick Johnson Racing or DJR Team Penske car has raced with the #1 was in the wake of John Bowe’s title win in 1995.

McLaughlin has professed on a number of occasions since joining DJR Team Penske last year that it was a special honour to be given the opportunity to race the team’s #17 car, his championship adding another layer to the number’s history in the championship.

“(Dick) was pretty emotional and pumped about it. He was teary,” McLaughlin said.

“It’s something I’m very proud of: 17th championship win for Falcon in the #17 with Dick and Roger there, it was just unreal.”

McLaughlin’s awarded win in Saturday’s Race 30 at the Coates Hire Newcastle 500 was his 17th aboard his #17 Shell V-Power Ford Falcon FG X – the only one he has raced for the team – which ties the number of championship race wins Johnson scored in Falcons across his storied career.