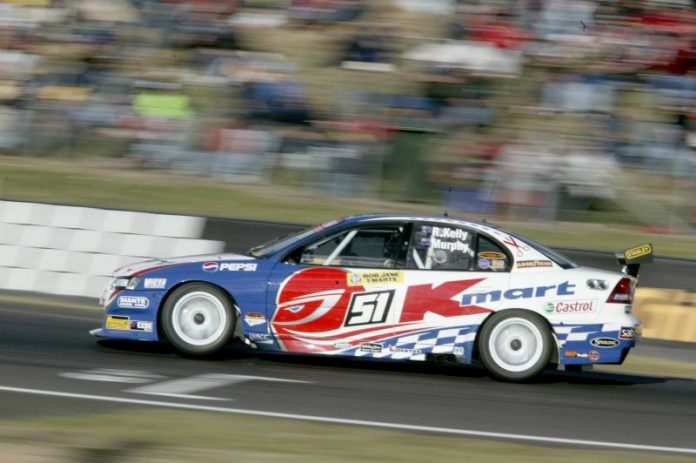 IT turned one of the most famous laps in Bathurst history and created a record that stood for nearly a decade but now the ex-Kmart Racing Commodore is looking for a new home.

Current owner and Queensland-based collector John Anderson is offering for sale the #51 Kmart Commodore driven by Greg Murphy to his famous ‘Lap of the Gods’ pole position at Bathurst in 2003 that went on to win the race the next day in the hands of the Kiwi and teammate Rick Kelly.

With a price tag in the region of $900,000 this is one Bathurst-winning car that will be remembered for years to come!

The car has been on the market for a little while but the update is that there are some other impressive cars now also being offered to market by its owner.

The three are available to purchase as a collection or separately.

The Kmart car was restored in 2011 back to its full 2003 Bathurst livery and technical specification as a VY Commodore with pain-staking attention to detail for period-correctness.

The 2m06.8594s ‘Lap of the Gods’ was set in Saturday’s Top 10 Shootout for the ’03 race, with the time standing until practice for the 2010 race when it was finally broken by Craig Lowndes.

View the ‘Lap of the Gods’ car’s ad on our Classifieds page here.

View the 2009 Bathurst-winning car’s ad on our Classifieds page here.