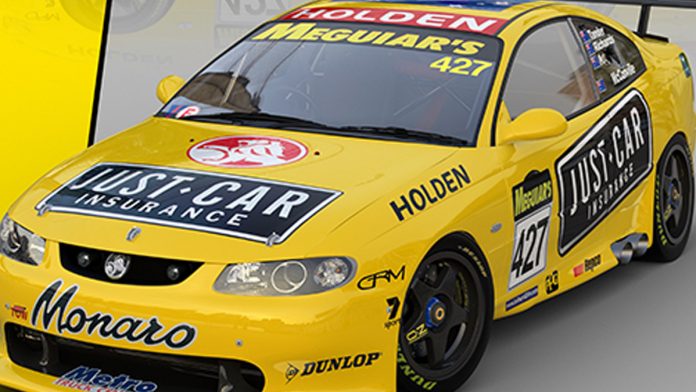 ACCLAIMED motorsport artist Peter Hughes has teamed up once again with V8 Sleuth to produce these two sensational A2-sized prints depicting the Holden Monaros that won the Bathurst 24 Hour races.

ORDER THEM HERE NOW and make sure you don’t miss out!

Each version is limited to 427 prints (the engine capacity in cubic inches of the car’s engines!) and are just $45 each – hurry while stocks last!

We’ve been posting a fair bit of Monaro content lately for you to enjoy.

Garry Rogers Motorsport revealed they are building a ‘new, old’ Nations Cup-spec Monaro identical to the 24 Hour-winning cars for this year’s Bathurst International at Mount Panorama in November.

Team boss Garry Rogers told us that winning the 24 Hour was more satisfying than winning the 1000-kilometre race in 2000.

We also reminded our readers of the forgotten Team Brock Monaro Nations Cup race car that didn’t compete in the Bathurst 24 Hour.

The Bathurst 24 Hour-winning and Nations Cup Monaros feature in our new V8 Sleuth-published book, ‘Racing The Lion’, a 400 page illustrated history of Holden in motorsport.

At 400 pages and packed with photos never before published, it’s the perfect collector’s piece and can be pre-ordered here now.