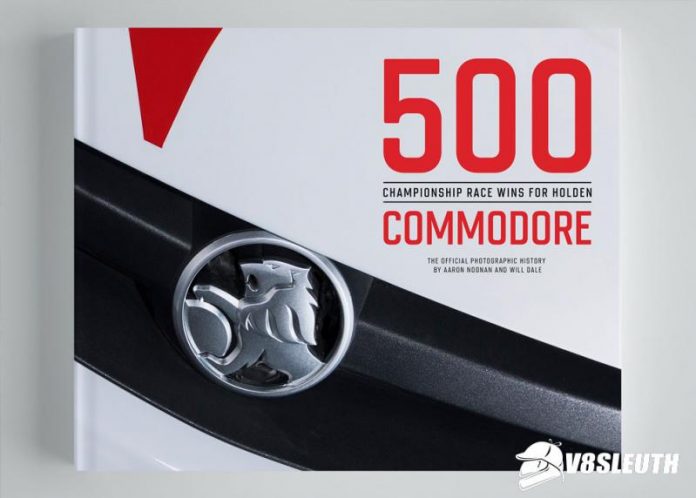 A NEW book celebrating a milestone achievement for Holden’s Commodore is now available for pre-order.

Never before attempted, this 360 page, hardcover, limited edition collector’s book by award-winning author Aaron Noonan along with respected journalist Will Dale and publisher V8 Sleuth will include over 500 photos, featuring every championship race-winning Commodore and much more.

Hot on the heels of last year’s sold-out ‘Holden at Bathurst: The Cars: 1963-2017’ and the previously released award-winning ‘Holden Racing Team, The Cars 1989-2016’ releases by the same author, this book will also be a limited edition collector’s release and is bound to be very popular – so don’t miss out!

– Rare and never-before-published photos of every Holden Commodore to win a championship race in the Australian Touring Car Championship / V8 Supercars / Supercars Championship series since 1980.

– Be produced in a numbered limited edition

Australian-made and printed in Australia via green printing methods, this book is currently scheduled to arrive in October/November 2019 and is a must-have for the collection of any Holden, motorsport, motoring or automotive enthusiast.

Note: Concept artwork pictured, may be subject to change.