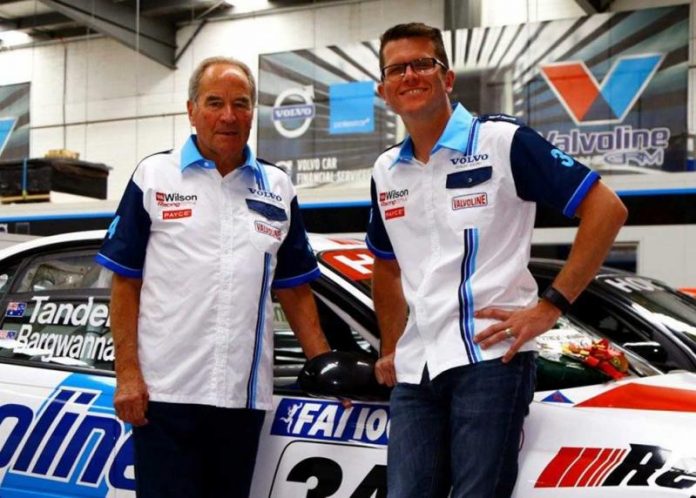 Unpacking the big questions behind the Garth Tander/GRM split …

WHO saw that one coming?

In the biggest shock of a Supercars silly season in recent memory, Garth Tander has been replaced by Richie Stanaway at Garry Rogers Motorsport for the 2019 season.

It’s a move that raises plenty of questions. Let’s step through them one-by-one.

WHY WOULD GRM DROP TANDER FOR STANAWAY?
It’s a hard truth that race teams need money to exist. The departure of the Wilson Security group and its naming-rights dowry at the end of 2018 meant GRM suddenly had to fill a hole in its budget for 2019, and in a landscape where big corporate dollars are hard to find at short notice.

Landing Boost Mobile on a multi-year deal has gone a long way to securing the medium-term future of the team and its near-40 employees. Well, all employees bar Tander.

So why has the team’s lead driver been given the chop? Tander is no less than a series champion and winner of 54 races. More than anything, however, he is a known quantity that serves as a good baseline of the team’s competitiveness, and carries a wealth of experience.

Straight off the bat, Boost Mobile is referred to as: “the world’s number one youth telco brand,” and that the “synergy between the youth-focused Boost Mobile brand and Garry Rogers’ success with developing young race drivers, seemed like a perfect fit.”

Golding, who turns 23 next week, obviously fits the youth description. So too does Stanaway, still only 27 years old despite his many seasons in Europe.

It didn’t hurt that the sponsor also appears to have a soft spot for young Stanaway.

“We all saw what Richie was capable (of) at Bathurst in 2017 and believe in the right team with the right management, support, and cars we will see him battle up the front,” Peter Adderton, Boost Mobile founder, said in the release.

“We don’t mind being the underdog and fighting our way forward, it makes for great entertainment.”

On one hand, Rogers had no primary sponsor and a 41-year-old driver – one that was very much a part of the GRM family – that is still one of the 10 best racers on the grid, but who was also looking at 2019 as potentially his final full-time year.

On the other, Rogers had a primary sponsor that wanted a young driver line-up to fit its brand, and a 27-year-old racer that endured a nightmare rookie season and saw his relationship with his team (Tickford) rapidly deteriorate, but has the potential to be one of the best drivers in the sport in the future.

It was an unenviable position, but Rogers’ team hasn’t survived this long through boss shying away from the tough calls.

WHERE TO NOW FOR TANDER?
It’s not yet known just when Tander was given the bad news – likely not too long ago, given the speed at which a rumour like this one would have travelled – but even as recently as December the veteran was talking about plans to cut back his extracurricular racing this year and focus on his Supercars gig.

The 41-year-old may have been eyeing off 2019 as his full-time swansong, but that doesn’t mean Tander doesn’t have plenty left to give. He was the only GRM driver to score a podium in 2018, and his Top 10 Shootout lap at Newcastle was a timely reminder that he still has a bit of one-lap pace when the car is right.

But where can he go?

January is a bad time to suddenly be looking for work: most full-time drives for 2019 are already taken. The only seats yet to be locked in are at TEKNO (but pencil in Jack Le Brocq) and Kelly Racing, who are still putting together funding for two of its four cars.

At the absolute least, Tander should pop up as an Enduro Cup co-driver.

Any top team that has a co-driver vacancy would – or should – be falling over itself to recruit a driver of his calibre.

Tander is always a threat at Mount Panorama. Despite not being in the fastest car for much of the last decade, he has repeatedly bobbed up in a threatening position as the chequered flag loomed.

As several people have pointed out on social media already, a Shane van Gisbergen/Garth Tander combination would make pretty good sense on both driver ability and ergonomics…

UPDATE: A day after this story was published,Triple Eight Race Engineering confirmed Tander as van Gisbergen’s Enduro Cup co-driver for the next two seasons. Click HERE for the full story.

IS THIS THE FIRST STEP TOWARDS ROGERS SELLING HIS TEAM?
Although Boost Mobile’s colours covered both Walkinshaw Andretti United cars in 2018, that squad has confirmed that the telco is no longer with the team in 2019.

The reason for the switch may be bigger than it seems at first glance.

“As a brand, that starts to become… like right now it’s Walkinshaw Andretti United racing. I want Boost Mobile Racing.

“At some point the only way to do that is to get the team owners to realise that their brands aren’t as relevant anymore and brands like ours want to get in front.

“Maybe the only way to do that is to buy a team. That’s something we’re absolutely always looking at.”

GRM would be a logical target with which to execute that plan.

Team owner Garry Rogers is well into his seventies and closer to retirement than not. An eventual Boost Mobile takeover of his well-equipped and staffed squad may be an arrangement that suits both parties’ future objectives.

CAN GRM HELP STANAWAY LIVE UP TO HIS POTENTIAL?
Richie Stanaway did his best to deflate the hype surrounding him ahead of his 2018 rookie season, and the eventual results backed up his modest goals.

Ally that to his visibly building frustrations with being the fourth car in a team whose Falcons had lost their competitive edge – even its experienced stars were struggling for results – and it was unsurprising that Stanaway and Tickford elected to part ways at the end of the year.

Second chances don’t come around that often in Supercars, and Stanaway will be doing all he can to make the most of his.

Stanaway’s years racing internationally puts him much further along the curve than, say, Tander or Scott McLaughlin were when they first came through GRM’s doors. Equally, the habits, instincts and behaviours of someone so experienced can be harder to adjust.

Key to any success will be the chemistry that develops between Stanaway and his new team; it appeared to be lacking between he and Tickford, especially towards the end, but the tight-knit nature of Rogers’ Dandenong-based squad may be just the thing to unlock his talent.