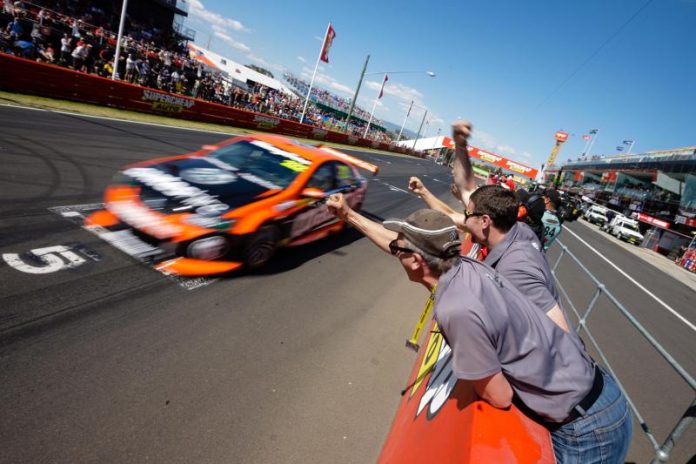 It’s had a great life for 15 years, but V8 Sleuth feels a few tweaks are in order for V8 Supercar racing’s development category …

NEWS that the V8 Supercars Dunlop Series will not be competing at next year’s Clipsal 500 in Adelaide went down like a lead balloon with its competitors – and understandably so.

The category has been part of the annual South Australian race meeting since 2003 and its teams and backers rely heavily upon it as being a marquee event on their seven-round calendar.

So here comes our next carriage of that thought train – get rid of the Dunlop Series from the October Bathurst weekend as well.

Now, before Sleuthers far and wide come running down to Sleuth HQ screaming and shouting, we’d like a chance to explain our rationale – and it’s all about expanding the grid for the Supercheap Auto Bathurst 1000, a topic near and dear to so many of our readers’ hearts.

We’d suggest the DVS should move to have its Bathurst round at the 12 Hour in February as a kick-off to the series, thus replacing the Clipsal round and creating a blockbuster weekend of racing.

Yes, we know that Radicals, Improved Production and Combined Sedans (which will feature a range of ex-V8 Supercars) are locked in for the 12 Hour for 2016, but we could move to the DVS kicking off its season in 2017 at the Mountain.

Given Supercar Events are now in control of the GT classic, it makes plenty of sense and could happen smoothly.

And on the flip side, why not replace the DVS in October with a round of the Australian GT Championship, thereby having both the 12 Hour and ‘1000 featuring V8s and GTs?

A three hour race on Saturday afternoon for AGT (like the old days of the GT-P 3 Hour) would be perfect to include in the Australian Endurance Championship run by AGT, especially given the 12 Hour is not a part of the AGT and very different from a regular round of the domestic championship.

By the time 2017 comes around too, the sheer level of V8 Supercars Championship-eligible New Generation cars will have built up to the point where there’s enough hardware available for teams and drivers to put together wildcard entries to race their regular DVS machinery in the Bathurst 1000.

Boosting the grid size of the October classic is important, even if it’s to 35 cars. An increase of 10 above what we have at the moment would make a difference.

And yes, we know money doesn’t grow on trees, but if the only chance you have to race a V8 Supercar in October at Bathurst is in the main 1000-kilometre race, then that channels all possible Mountain V8 candidates, licences permitting, to aim at the main race.

That gives us the best chance possible of putting a few extra cars on the grid for the biggest and most important race of the season.

And, as the Russell brothers showed this year, if you work hard, drive smart and put together a solid deal with sensible funding, you can achieve a good result.

Whether you agree or not, surely it’s hard to argue that the Dunlop Series calendar doesn’t need a shake up.

A mix up of venues would be a nice tonic.

For instance, a round at the Sandown 500 makes sense. Plenty of teams are based in the eastern states and it’s a venue that has hosted very little of the Dunlop Series in the past.

How about we swap Barbagallo and take the DVS to Hidden Valley for the first time?

Perhaps a change from Queensland Raceway to Sydney Motorsport Park? SMP has not hosted the DVS since 2005.

Trade Winton for Phillip Island? The ‘Island last hosted the series in 2007 when it was the final round.

V8 Supercars has always shown its not scared of making change to keep things fresh and interesting, so it’s something well worth considering.