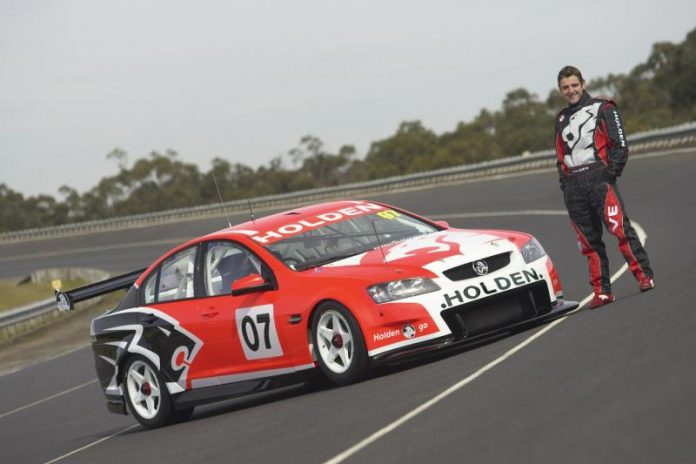 THE car that started the pathway for the Holden Commodore VE/VE Series II becoming the most winning car in the history of the Australian Touring Car/Supercars Championship is coming onto the market.

The prototype Commodore VE race car created plenty of headlines when it was unveiled in October 2006 as the racing version of Holden’s ‘billion dollar baby’ road car project.

Originally built by Walkinshaw Racing, ‘WR001’ was used for aerodynamic and parity testing in late 2006 and ended up becoming Mark Skaife’s Holden Racing Team #2 race car for the opening four rounds of the 2007 V8 Supercars Championship Series, finishing on the podium at Barbagallo in Perth.

Initially it appeared in a unique #07 red, white and black livery during aero testing at Holden’s Lang Lang proving ground and the Woomera rocket range in South Australia before re-appearing in the famous HRT race colours.

Skaife, Todd Kelly and Nathan Pretty all drove the car during aero testing, while new 2007 endurance signing Glenn Seton sampled the chassis during testing at Winton early that season. Skaife was the only driver to race it during its time as an active race chassis at the HRT.

The car was later sold to Tony D’Alberto Racing and was driven by D’Alberto for his family-run team in The Bottle-O colours in 2008 and 2009, Centaur colours in 2010 and briefly in Wilson Security colours at the start of 2011 before the team moved to an FPR-sourced Falcon.

It was still run by TDR in 2011 though in the Fujitsu Series driven by David Wall and Dale Wood and was even driven at a team sponsor ride day that year at Eastern Creek by John Bowe – a unique piece of this ex-HRT Commodore’s history indeed!

The car’s owner, Al D’Alberto, has started the ball rolling for it to be returned to VE Series I specification and its original 2006 testing livery as well as sourcing an engine and gearbox to make it a running racing collectable.

“There may be someone that wants to buy it as it sits and do the rest of the work themselves or engage the services of someone else to do it for them. We have the capability too of completing the project for a purchaser to a finished product as part of the purchase price.

“There’s no doubt it’s a very special car in V8 Supercar and Holden racing history. That testing livery really caught the eye of fans and is totally unique. This is the only car that ever was painted in those colours – it really is a great collectable racing car.”

WR 001 is one of an incredible 47 race cars to have raced under the Holden Racing Team banner, all of which are being covered in V8 Sleuth’s new book featuring the histories each and every one of those race cars.