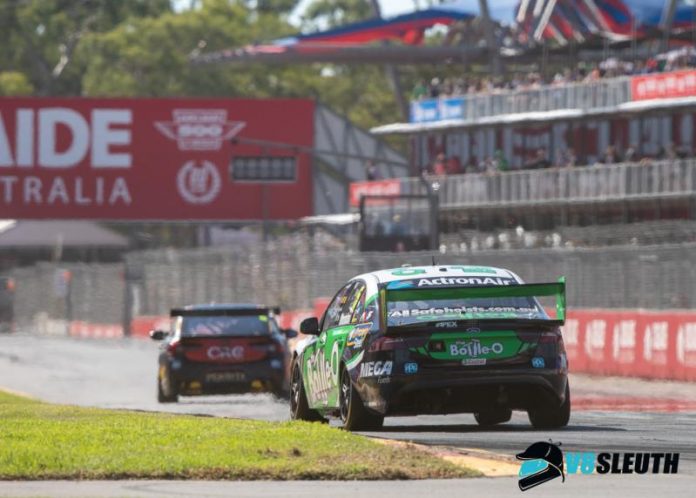 FORECASTS are pointing to this weekend’s Superloop Adelaide 500 being the hottest in the event’s history.

The South Australian capital is currently sweltering through a string of hot days, with Adelaide reaching 36.9 degrees Celsius by mid-afternoon Tuesday – almost a degree higher than forecast.

The mercury is set to rise as the week goes on.

Thursday, when the Supercars hit the track for opening practice in their maiden first-day appearance at the event, is forecast to be mostly sunny and 37 degrees.

More is to come on Friday and Saturday, with both days expected to reach a maximum of 40 degrees with no rain forecast. Sunday is expected to be relatively cooler but still a toasty 33 degrees.

Should the BOM’s forecasts come to pass, Race 1 of the weekend would be held on the hottest race day in Adelaide 500 history.

To date, the warmest race day was on the Saturday of the event in 2016, the mercury reaching 38.7 degrees on a day that featured a pair of 125-kilometre sprints.

While the Sunday also reached 38 degrees, the final race of the 2016 Adelaide 500 was held in much cooler conditions; a sharp drop in temperature as the cars lined up on the grid foreshadowed a thunderstorm which hit as the cars prepared to depart for the formation lap.

The hottest day in the event’s history came on the Friday of the 2007 event, with Supercars qualifying and support category races taking place on a 39.7-degree day.

Supercars’ Driver Health and Welfare policy dictates that all cars must run a driver cooling system on days where, at 8am local time, the forecast is above 32.9 degrees.

Although Saturday’s Race 1 is a twilight race, its scheduled 4:50pm ACDT starting time doesn’t necessarily mean the drivers will beat the heat.

On Monday Adelaide registered a temperature of 38 degrees at 4pm local time, only slipping below 35 degrees at 7:30pm.