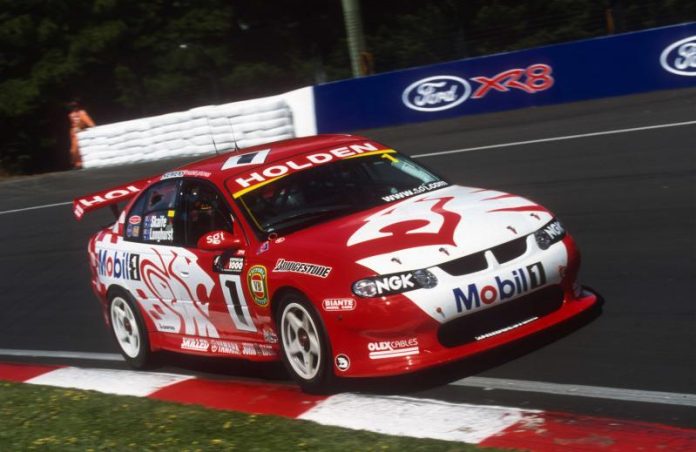 THE history of the Holden Racing Team is one packed with success, trophies and championships, but have you ever stopped to consider which of the team’s famous Commodores actually won the most races?

The full list is to be published in V8 Sleuth’s upcoming book, detailing the racing histories of every single HRT race car ever built – to make sure you don’t miss out on this limited edition, 400 page hardcover special book, pre-order here now via the V8 Sleuth website.

While you will have to wait for the book (due to be released around July/August dependant on overseas print schedules) to see the full list, the V8 Sleuth team has assembled the list of the top five winning cars for HRT – and some of the cars listed are surprises!

No real surprise with this one, its two Bathurst wins in 2001 and 2002 are obvious stand outs but also its wins in the 2002 and 2003 Clipsal 500s in Adelaide are important given the change to Project Blueprint from one of those wins to the next.

A real surprise when the numbers were counted! While this chassis won a pile of races in Tander’s hands across the 2008, 2009 and 2010 seasons, it never really won any of the big ones save for the ’10 Clipsal 500 in Adelaide. Had history been different – and Mark Skaife not crashed at Bathurst – this could have been a Bathurst and indeed championship winner …

Debuted by Tomas Mezera at Phillip Island it was this particular VR Commodore that did plenty of work for Craig Lowndes in his title-winning 1996 season. It won the opening round at Eastern Creek and backed it up at Sandown to help set up ‘The Kid’s’ title challenge. Later in its life this car also won with Greg Murphy – and even went on to win with Jason Bargwanna at GRM!

Better known as Greg Murphy’s ‘Lap of the Gods’ Kmart Commodore VY from the 2003 Bathurst 1000, this car did its fair share of winning during its time with the HRT too. Built new as a VT model in 2000, it was the car Lowndes ran for the second half of ’00 and he and Skaife drove at Bathurst that year. It later lived on in Todd Kelly’s hands at HRT before moving to Kmart.

What a car! It created plenty of waves when it was wheeled out in mid 1996 complete with a roll cage design far different to anything of the period in touring car racing. In the hands of Craig Lowndes and Greg Murphy it claimed the Sandown and Bathurst double after Lowndes had used it to help him claim his first of three titles. This was really the car that kicked HRT into its golden era.