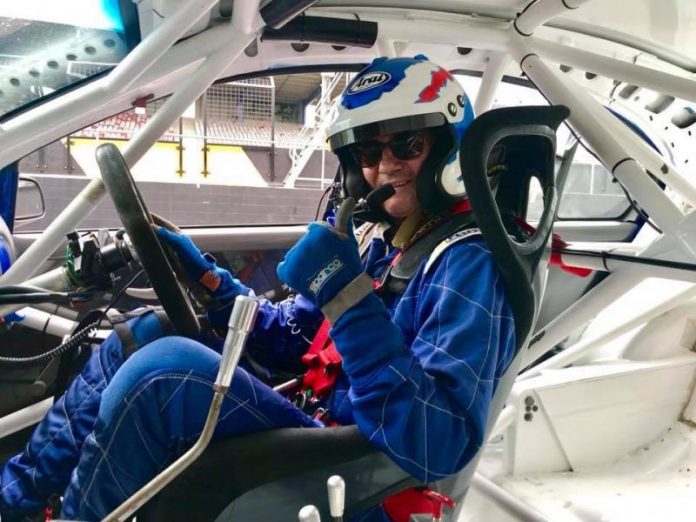 SUPERCARS Hall of Famer Glenn Seton has stepped back behind the wheel of the Ford Tickford Racing Falcon that nearly killed him 18 years ago at Phillip Island.

Seton drove the car this week at Sydney Motorsport Park for its owner Dave Murphy.

He’s previously helped Murphy with suspension and setup at test days and stepped behind the wheel to give feedback ahead of Murphy driving the car at Challenge Bathurst next weekend.

The car, the first of four AU model Falcons built by Seton’s team under the Ford Tickford Racing banner, was Seton’s car during the 1999 V8 Supercar season before reverting to teammate Neil Crompton’s hands for 2000.

Seton was at the wheel of the car in September 2000 when he crashed on a test day at Phillip Island.

He was knocked out and fractured two ribs in the accident when he hit the tyre barrier coming onto the pit straight backwards and snapped the driver’s side of the car around into the barrier.

His injuries forced him to miss the Sandown round of the 2000 championship as well as the non-championship event on the Gold Coast.

He revealed to V8 Sleuth earlier this year that the accident knocked him around to the point where he never really got over it for the rest of his career.

The history of this Falcon and over 150 other cars are included in our ‘The Falcon Files’ publication documenting the history of 25 years of Falcon V8 Supercar race cars from 1992 to 2017.