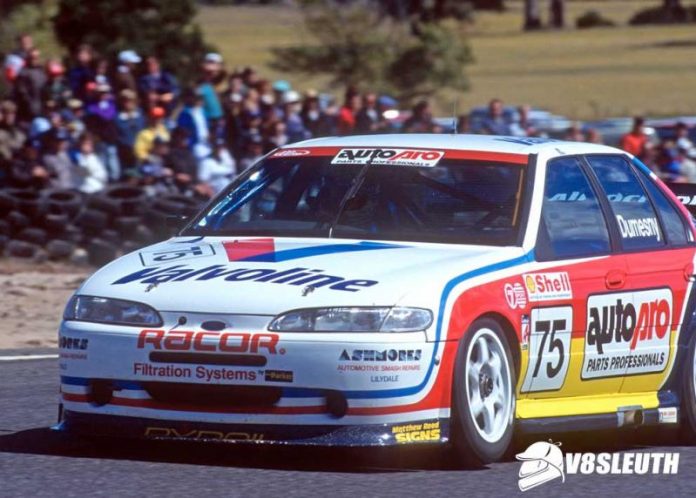 But did you know he tested a Holden Racing Team Commodore V8?

In late 1995 he and car owner John Sidney were investigating the possibility of joining the Group A touring car ranks and the speedway ace jumped behind the wheel of the team’s #015 Commodore that Tomas Mezera had driven in that year’s championship and Craig Lowndes had used to take pole at Sandown and Bathurst.

The test occurred in late December at Phillip Island during a Bridgestone tyre test.

It was Dumesny’s first-ever trip to Phillip Island and first time with a six-speed gearbox, punching out two stints of around 12 laps each.

“Craig Lowndes drove me around in the HRT ute telling me what gears to use but I was too busy seeing which way the track went to take everything in!” Dumesny told Auto Action at the time.

The speedway ace ended up up racing against Lowndes and HRT in the following 1996 season after he and Sidney eventually purchased a Falcon from Glenn Seton and joined the V8 touring car ranks.

This insight and many, many more stories and unearthed pieces of information all form a limited edition collectors book covering the histories of all 47 cars that have raced under the Holden Racing Team banner from 1989 to 2016.

The new book will be ready for release in the second quarter of 2016.

Speaking of Max Dumesny, he was inducted into the Australian Speedway Hall of Fame this year, here’s his induction video …