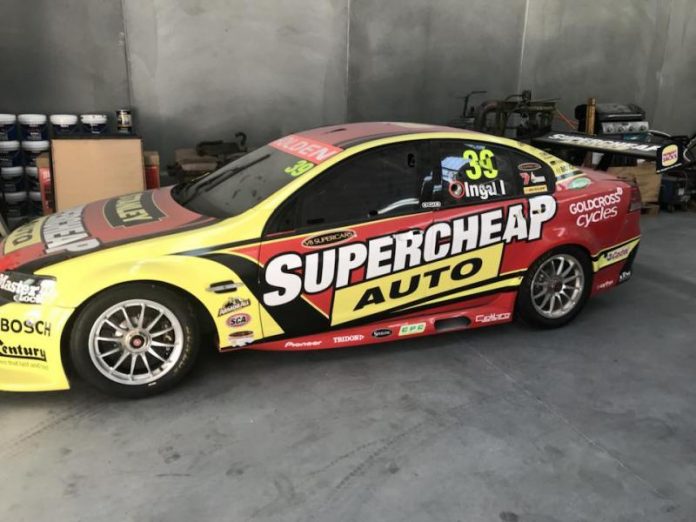 Munday, who bought Lucas Dumbrell out of his share of 23Red Racing earlier in the year to take sole ownership of the entity that runs Will Davison’s Milwaukee Tools Falcon, is putting up a range of road and race vehicles for auction in Melbourne the weekend before the Sandown 500.

Included in the action lots are a former Russell Ingall Supercheap Auto Commodore VE II and a former Paul Morris Motorsports-built Commodore that sits in Big Kev colours – though never raced in that livery in its competition life.

“I have tried it before and I only ended up buying a heap more! But now I feel if I don’t drive them I think it’s best to sell them.

“I stood there and looked at them and thought it was time. I’ve got some cars I will never sell though.”

The Ingall Commodore was originally raced by PMM in 2010 with Greg Murphy at the wheel in Castrol EDGE colours before being driven by Ingall in 2011 in Supercheap Auto colours for PMM.

It was later sold to Lucas Dumbrell Motorsport and used by Taz Douglas in 2012 before appearing in Paul Morris’ hands in the Dunlop Series in 2013.

The Big Kev-liveried car was originally built as a VY Commodore dubbed ‘Colin’ by PMM and first appeared in 2003.

Morris himself raced it in Sirromet colours in 2003 and 2004 before appearing as Steve Owen’s Autobarn Commodore for Rod Nash Racing in 2006 and 2007.

Munday acquired the car from Nash in mid-2012 and has turned it into a Big Kev Commodore tribute car given all of the VT/VX models that carried those colours in period are either restored in other liveries or destroyed.

“I always really liked the livery on the Big Kev cars and having a VT/VX, I thought maybe it would be a good one to fill (the gap in no Big Kev VT/VXs being out there), which was really why I did it.

“I reckon it’s one of the coolest liveries there’s been in Supercars.”