Home News THE WORST CAR I EVER DROVE-STEVE JOHNSON 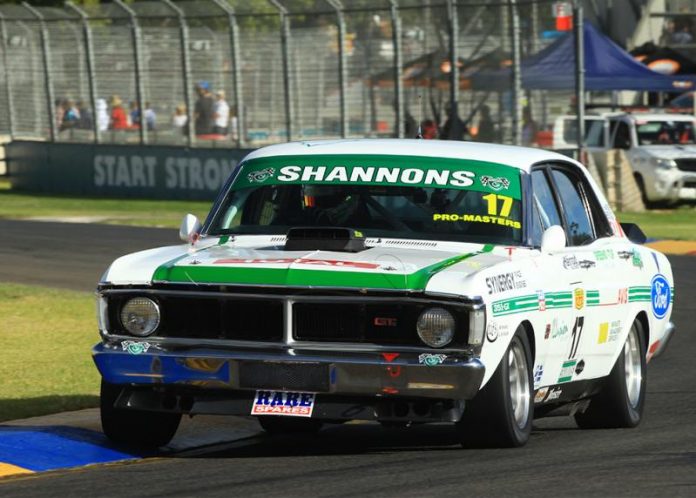 CURRENT Touring Car Masters champion Steve Johnson has driven plenty of race cars in his career – but V8 Sleuth has asked him to pick the worst of them.

While Johnson is currently enjoying steering the Fastback Mustang at the head of the TCM field, it’s actually another TCM Ford he’s previously driven that he nominates as his selection.

“I jumped into a XY GT-HO Falcon that I raced in TCM in 2016 and that was a pretty evil thing to drive,” Johnson told V8 Sleuth.

“I didn’t know what I was going to do that year (racing wise) and I jumped in it at Adelaide that year.”

Johnson stepped aboard the Tony Karanfilovski-owned Falcon at the start of the 2016 TCM season after making selected appearances in the category during 2015 aboard the same Mustang he races now!

The opening race aboard the GT-HO was one Johnson never forgot – the Falcon was in less than stellar condition prior to its Adelaide outing.

“Tony gave it to us to race and it had been sitting under a tarp outside in the weather for two and a half years,” recalled Johnson.

“All the rear bushes were perished and fell out of it during the meeting, it was a horrible car to drive at the start of that year.”

Despite the ill-handling Falcon shedding its own suspension parts during the weekend, Johnson scraped together two top-six finishes while sparring with ex-Supercars teammate Glenn Seton.

Johnson continued in the car for the remainder of the season and slowly improved the big Falcon at each round, grabbing a series of strong results along the way.

“I remember people at the start of the year said there was no way we could win races in it and as history shows we won Darwin and won races at Homebush,” said Johnson.

“It still wasn’t a great car to drive at the end, but we chipped away at it and it was fast. We spent minimal money on it and we did selected work to make it faster and we got it to the front!”

Johnson rounded out the 2016 season by winning the final race on the streets of Sydney Olympic Park – the final year the Homebush event was held – and finished the year fourth in the series standings.

“I think that was definitely the worst car I ever drove at the start of the year, thankfully by the end of the year it wasn’t so bad,” laughs Johnson.

He moved into his current Mustang for 2017 and is set to continue in the successful American Ford until the end of the year before the debut of Team Johnson’s XD Falcon for 2019.