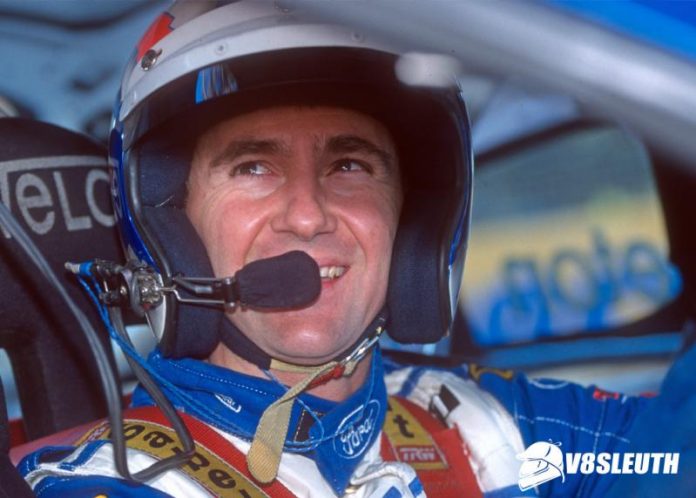 TWO-TIME Australian Touring Car Champion Glenn Seton will be honoured at the inaugural Kumho Tyre V8 Sleuth Touring Car Classic at Winton in August with a trophy named in his honour.

Seton, who won the 1993 and 1997 Australian Touring Car Championships driving Falcons run by his own Melbourne-based team, will be honoured by the awarding of the ‘Glenn Seton Trophy’.

The Trophy will be presented to the top-finisher in the class for V8 Supercars covering the pre-Project Blueprint era that raced in the category between 1992 and 2002.

ELIGIBLE CARS: What you can run at the Kumho Tyre V8 Sleuth Touring Car Classic

Seton was a major player during this era of the sport’s history as both a driver and team owner of Glenn Seton Racing.

Cars that fall within the eligibility for the Glenn Seton Trophy include the Falcon EB and EL models that Seton drove to his title victories as well as the EF and AU models.

Holden runners can run Commodore VP, VR, VS, VT or VX models in the class within the event, which will be part of the CAMS Shannons Nationals on the Father’s Day weekend.

“I’m extremely honoured to have a trophy like this named in my honour,” says Seton.

“There are a lot of fans that have great memories of that 1990s period of racing and I absolutely do as well. It was a great period of the sport with a lot of growth and exciting advancements.

“Those two championship wins in the 1990s are right up there as the most satisfying achievements of my entire racing career.

“To have my contribution to that era of racing honoured with a trophy is humbling and very special.”

In addition to a class for Falcon and Commodore V8 Supercars for cars covering 1992 to 2002 there will also be a class for post-Project Blueprint cars (covering 2003 to 2007) up to and including the VZ Commodore and BF Falcon.