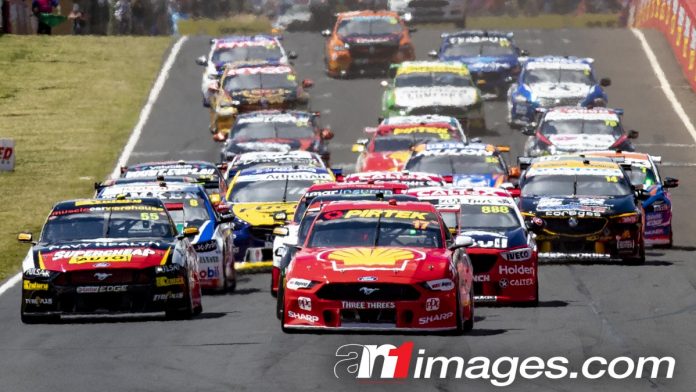 A FIELD of 25 Supercars will pursue victory in the 2020 Supercheap Auto Bathurst 1000 at Mount Panorama.

In addition to the 24 regular full-time entries, one Wildcard entry will join the grid in the shape of the returning Garry Rogers Motorsport.

The race will play out in front of likely the smallest trackside crowd in the event’s history with social distancing measures employed and spectator numbers capped at 4,000 per day.

LIVE UPDATES: Follow the action on Race Day at the Bathurst 1000

For the first time since 2012, only two car manufacturers will be represented on the starting grid.

Holden, in its final ‘Great Race’ prior to the marque’s retirement at the end of the year, once again has the lion’s share of the grid with 17 ZB Commodores on the entry list.

Ford’s numbers have swelled by two since last year’s race with eight Mustang GTs in this year’s event; reigning champions DJR Team Penske and reigning ARMOR ALL Pole Award winners Tickford Racing are being joined by Kelly Racing for its first Bathurst with the ‘blue oval’.

No previous Bathurst 1000-winning chassis will be on the grid for the 2020 race, while seven cars will make their ‘Great Race debut, and one chassis will race as a Ford Mustang after competing as a Nissan Altima last year!

Only 5 of the driving combinations of last year’s race have remained together for 2020, while one former podium-placing combination from the past has been reunited: 2009 third-place finishers Lee Holdsworth and Michael Caruso.

There are 11 previous winners of the race in this year’s field, with 2006-2007-2008 winners Jamie Whincup and Craig Lowndes the only pairing of former champions.

The travel restrictions brought on by the COVID-19 global pandemic means this year’s event will be contested solely by Australian and New Zealand-born drivers for the first time in decades.

Last year’s co-winner Alexandre Premat is one of the international stars that is missing out, the Frenchman joining a small list of drivers did not return to defend their crown.

This year’s pursuit of the Peter Brock Trophy gets underway on Thursday 15 October with the opening practice sessions at Mount Panorama.