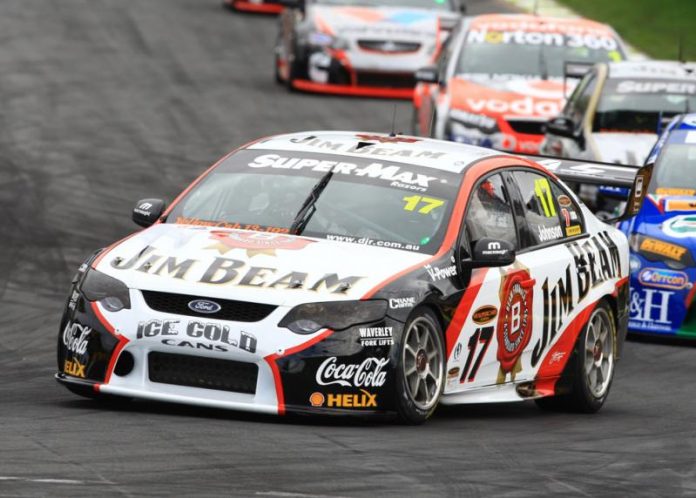 KUMHO V8 Touring Car Series front-runner Jon McCorkindale has upgraded to a former Jim Beam Racing Falcon FG for the remainder of the 2018 series, beginning with the next round at Queensland Raceway later this month.

McCorkindale has upgraded from his Stone Brothers-built BF Falcon (which has been sold to New Zealand) to the Triple Eight-built FG Falcon acquired from former Super2 and Kumho Series driver Matt Palmer.

“It was quite funny actually, Matt happened to call me out of the blue asking if I knew of anyone who wanted an FG and it all went from there really,” McCorkindale told V8 Sleuth.

“To be honest I’m not sure where we’ll be at over the next couple of rounds – I don’t expect us to turn up with the new car and blitz the other FG runners.

“In reality these cars are only as good as you can engineer them and that will be the key focus over the next two rounds before mounting a serious challenge on 2019.”

McCorkindale will continue to lean on advice from current Tickford Racing co-driver Dean Canto, who has assisted him with engineering and driving knowledge since entering the Kumho Series in late 2016.

“Dean is locked in for the foreseeable future and it’s great to have him on board,” says McCorkindale, who sits third in the series standings after three rounds, including a race win at Sydney Motorsport Park last time out.

“We made an older car work really well with his help so it will be invaluable to have his input with the new car.”

McCorkindale’s new acquisition was originally the second FG model built by Triple Eight and was sold to Dick Johnson Racing, debuting in Steven Johnson’s hands for the 2009 Supercars season.

Johnson used this car to take his second career pole at Hamilton in ’09 before using it again over the following three seasons.

This particular Falcon’s most memorable moment- for all the wrong reasons – came at Bathurst in 2011 when it was crashed heavily by Johnson’s co-driver David Besnard and burst into flames at Griffins Bend.

Re-live the fiery incident in the video below

Following its stint in the main game the Falcon made its way into Super2 competition in 2013 with Novocastrian Motorsport before winding up in Matt Palmer’s hands for his Super2 debut in 2016, continuing on into the 2017 series.

It has sat idle during 2018 given the Super2 category is now solely the domain of Car of the Future-specification machinery.

McCorkindale will get his first race miles aboard the DJR Falcon when the Kumho Series continues at Queensland Raceway on July 20-22 alongside the Virgin Australia Supercars Championship.

V8 Sleuth is proud to again partner with the Kumho Tyre V8 Touring Car Series in 2018 – click here to view more information on the series including results, driver information and more.