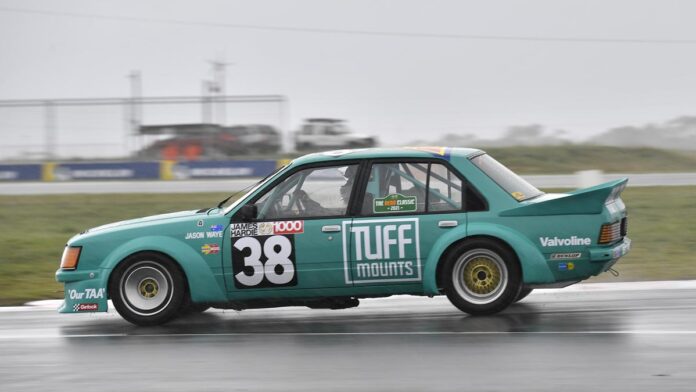 THE Bend Classic has been run and won for another year, and once again it was the Shahin family that took the spoils at their own event.

After Sam Shahin scored victory in the Top 10 Shootout last year aboard his Dallara F189, on this occasion it was brother Yasser on top, driving his Formula Renault 3.5.

Yasser lapped The Bend’s 3.4km West layout in 1m10.540s to win the Shootout by almost six seconds, but low track temperatures ensured he was still 0.5s away from Josh Kean’s lap record.

Yasser and his Formula Renault 3.5 were largely unchallenged after the other two star cars of the event failed to fire a shot.

Sam Shahin’s recently imported Benetton B198 was left to display duties on Sunday due to fuelling issues, and Craig Lowndes was also a Shootout spectator due to gearbox problems with the Dallara F189.

A wide variety of machinery took to the track across the weekend, including the stunning Group C replica Commodore pictured at the top of this story.

The car was built in the 1990s as an Improved Production car and has been reborn as a tribute to the Group C VH South Aussies Bernie Stack and Bob Jennings campaigned in the 1983 Bathurst 1000.

Other replicas featured below include tributes to Peter Brock’s famous Austin A30, his 1987 Mobil VL Commodore and the 2002 Bathurst 24 Hour-winning Garry Rogers Motorsport Monaro.

All images courtesy of The Bend Motorsport Park.