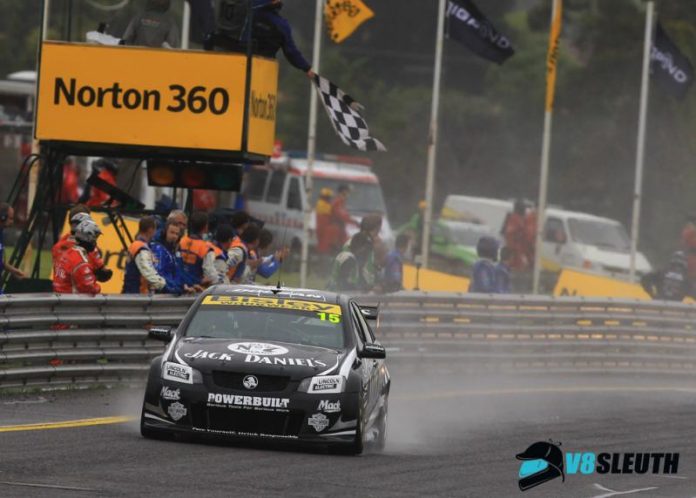 THE 2018 Kumho Tyre V8 Touring Car Series field has been bolstered once again with the return of young racer Brendan Strong to the grid for the first time since 2016.

Hailing from Terranorra in northern New South Walesthe young-gun has previously competed in the Kumho Series with his family-run teamand was the Queensland Production Sports Car champion in 2013.

Strong’s return to the series comes following the recent acquisition of an ex Kelly Racing VE Commodore, chassis KR-02, which will be a major upgrade for the 26-year-old after spending past seasons running limited rounds in an older car.

The KR-02 chassis made its race debut in the hands of Rick Kelly at the Yas Marina Circuit for the opening round of the 2011 V8 Supercars Championship and went on to take two victories that year, at Darwin and Sandown, with Kelly behind the wheel.

THR Developments then used the car in the Super2 competition for the 2014 and 2015 seasons before the car made its last on track appearance with Taz Douglas at Adelaide in 2016.

The car was placed up for sale in the V8 Sleuth classifieds late last year and Strong managed to strike a deal with the seller after exploring his 2018 options.

“We looked at leasing a drive but funding stopped us from doing that, so owning a car made more sense,” he told V8 Sleuth.

“I spoke to Ian Yeing (seller) at the end of 2016 and we were chasing a few other cars that ended up either sold or too expensive, so we made contact with Ianand did a deal.”

Strong made his Kumho Series debut at the Queensland Raceway round of 2014 behind the wheel of an ex-Cameron McConville Lansvale Smash Repairs Commodore, which has gone from VX to VZ specification since it began its racing life in 2001.

“I sat out last year to recoup some funds and update the car because the Commodore we were running was very outdated compared to the cars we were up against,” said Strong.

The upgrade to the newer VE is timely for the young electrician who prevailed with the ageing Commodore until the mid part of 2016, telling V8 Sleuth he will strap in for his first full-series campaign this year.

“We are going to have a run at the championship and do every round this year, I’d like to run up the front at all rounds and hopefully put it on the podium a few times.”

Strong and his family team will give the car a full overhaul prior to testing at Queensland Raceway next month.

V8 Sleuth is proud to partner with the Kumho Tyre V8 Touring Car Series for 2018 with the season roaring into life at the fast Phillip Island Grand Prix circuit on April 20.

The Series will once again compete at four Supercars Championship events plus Muscle Car Masters this year – check out the full calendar here.