Home News Bathurst TV GUIDE: HOW TO WATCH THE BATHURST 1000 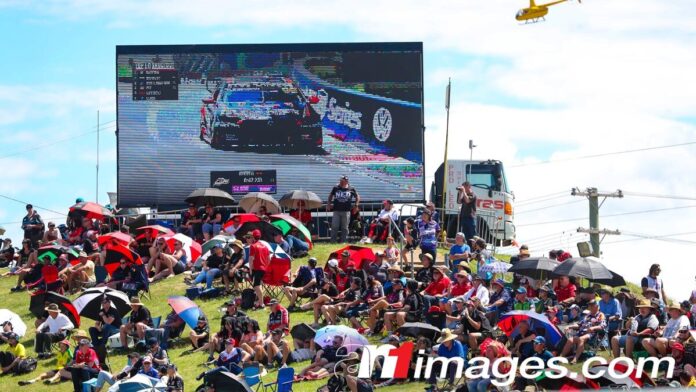 NOT able to make it trackside to Mount Panorama? Here are the details for how to watch the 2021 Repco Bathurst 1000 on TV.

Supercars’ primary broadcaster Fox Sports/Kayo and free-to-air partner Seven both offer extensive coverage, although neither will show the opening day of support category action on the Tuesday.

Fox’s broadcast fires into life Wednesday and will include live coverage of every Supercars track session from first practice on Thursday to the big race on Sunday.

Seven’s coverage begins with Supercars qualifying day on Friday. See the breakdown at the bottom of this story for full scheduling details.


A large contingent of on-air talent is set to feature across the event, headlined by regular Supercars session commentators Neil Crompton and Mark Skaife.

Popular pundit Mark Larkham will make a return to pit lane after remaining in Queensland for the category’s recent four events at Sydney Motorsport Park.

Regulars Chad Neylon and Charli Robinson will both be prominent alongside Larkham in pit lane.

Garth Tander and Craig Lowndes take reduced roles due to their co-driving commitments, which has led to Greg Rust and Chris Stubbs receiving call-ups to bolster the team.

Jess Yates hosts Fox’s broadcasts while Mark Beretta and Abbey Gelmi co-host for Seven, which will produce some of its own content in addition to broadcasting the main race feed.

Fox will broadcast the big race live and advert free, while Seven’s coverage will utilise picture-in-picture technology during advert breaks to ensure viewers can still see the action.