Home News WHAT IS THE LONGEST SINGLE DRIVER RACE IN SUPERCARS? 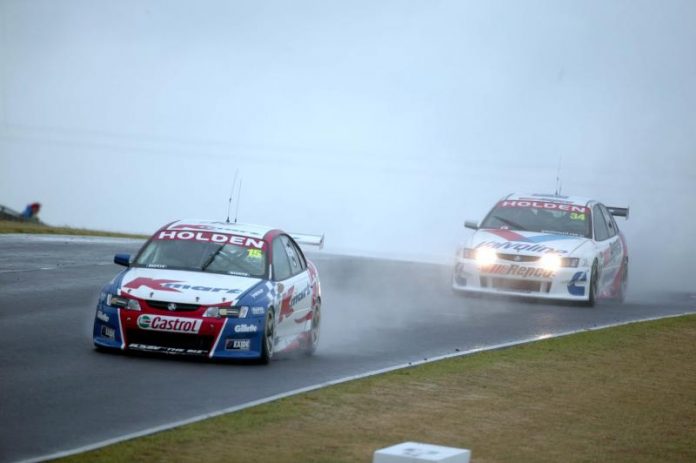 This weekend’s Sydney Motorsport Park race got us wondering …

THIS weekend’s Red Rooster Sydney SuperNight 300 could well prove to be a pivotal round of the Virgin Australia Supercars Championship given there are 300 championship points riding on the one, 300-kilometre race.

Single driver races of such distance are a rarity thesedays in the championship, so where does it rate in the overall scheme of things?

Would it be correct to say it’s the longest single driver race in the Supercars era of the championship?

As many Supercars fans will recall, SMP held a handful of 300-kilometre races back in the early 2000s and those races were longer in distance than what will be run this Saturday given the track has been slightly shortened since then with the modified turn six section.

Strictly by the book, the 1999 Sensational Adelaide 500 was the longest single driver race held in the history of the Australian Touring Car Championship/VASC, but of course that was a two-leg race run over two days.

The years where the endurance races counted within the ATCC in 1976 and 1977 delivered the longest single driver races in championship history at Phillip Island, 500.32-kilometres the distance for each of those.

Next on the list are the Hang Ten 400s at Sandown in those years, the Rothmans 300 Surfers Paradise enduros from those years and then some more ‘two leg’ scenarios, being the 2009 Nikon SuperGP Supercars races on the Gold Coast where each race was spread over two legs.

So, out of all that, when you strip away the ‘two leg’ races and pre-Supercars era events, the 2003 and 2004 Eastern Creek 300km rounds remain the longest single driver races at 302.61-kilometres each.

Given the modification to the SMP track since then, this Saturday night’s 77-lap race will end up being a maximum of 301.07-kilometres, moving it to third on the list should it run to its full distance.