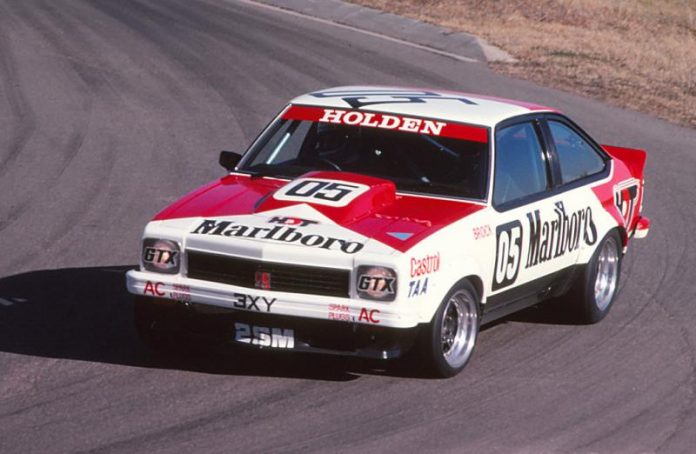 Celebrations of ‘The King’, the VL Commodore’s 30th anniversary and the A9X Nationals …

The nine-time Bathurst winner and icon of the sport will be remembered at the event that celebrates a golden era of Australian motorsport covering the 1960s, 70s, 80s and 90s.

Brock attended the inaugural event in 2005 though was sadly killed in a tarmac rally accident in September 2006 before he was able to witness the growth of Muscle Car Masters first-hand.

Ex-Brock race cars will be on hand at this year’s event, including his 1993 Mobil 1 Racing Commodore VP Bathurst car as part of the Australian 5-Litre Touring Car Association demo sessions.

Also heading to the event will be Brock’s recently located Bathurst 12 Hour Commodore VP SS V8 that he and Tony Scott drove to class victory and eighth overall in 1993.

Displays and parades of special Brock road cars from the era where his HDT Special Vehicles operation really boomed will also add plenty of ‘Brock flavour’ to the 2016 Muscle Car Masters.

This year is the 30th anniversary of the VL Commodore Group A’s launch in 1986 and a whole host of Brock Commodore owners are bringing their cars to Sydney Motorsport Park to take part in the Feature Muscle Marque display and parade.

Also part of the 2016 Muscle Car masters is the A9X Torana Club Nationals’ show and shine, the first time since 2005 that Sydney has hosted the A9X Nationals.

Brock’s name remains strongly linked with the racing history of the A9X having won two Bathurst 1000s, a trio of Sandown enduros and the 1978 Australian Touring Car Championship aboard the mighty Holden muscle cars.