Home News CAN YOU HELP US FIND A PHOTO OF THIS CAR AT BATHURST? 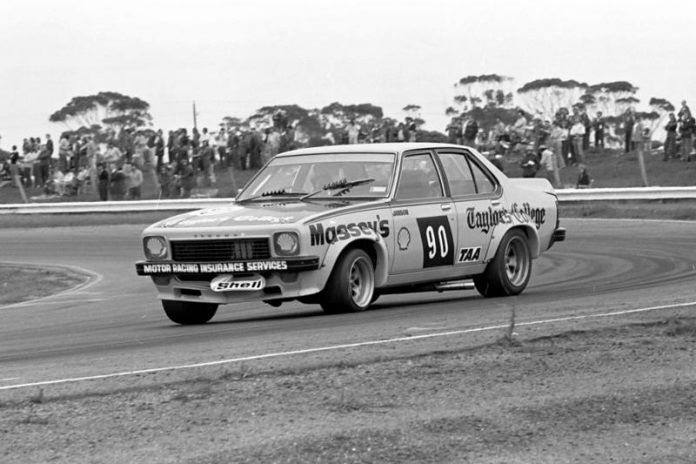 OUR brand new collector’s edition book documenting the history of Holden at Bathurst is due to be released in time for this year’s Supercheap Auto Bathurst 1000 and we’ve managed to find more than 1000 photos of every car to compete or practice for the race in its 55-year history.

Pre-order the book here now and don’t miss out!

But there is the odd car or two that have so far slipped through the photographic net – and we need V8 Sleuth readers help!

The 1974 Bathurst race ended up being a Ford victory for John Goss and Kevin Bartlett in the terrible wet conditions, with a range of Torana pilots tackling the Mountain with a variety of six-cylinder XU-1s and the new V8-powered L34 model.

One L34 that didn’t make the grid on Sunday was that of Peter Janson and Paul Feltham – it was involved in a fire in the workshop it was based in on the Saturday night.

Having arrived at the circuit late due to striking truck drivers barricading the Hume Highway and floods, the Janson team only had the chance to get onto the track for some 10 minutes of official practice.

Co-driver Feltham was given some laps in order to qualify while Janson was given permission to race without qualifying due to his previous experience.

But it all came to nothing on the eve of the race when the car somehow caught alight in the workshop, the car’s fuel cell was destroyed and another unable to be sourced in time for the car to take the grid on race day.

Given the car did very little on-track running in practice, all of our photo sources have been unable to turn up a photo of this car at Bathurst in ’74.

Our mate David Blanch at Autopics has a shot of Janson aboard the Torana at Calder just a fortnight later on October 20, 1974 (see image for this story), so they must have got a fuel cell relatively quickly to return to the track!

If you have a photo of this car from Bathurst ’74 (maybe in the paddock, on the track or on display?) or know someone that does, we’d love to hear from you or them!

Email us here with any information and make sure you leave your details.