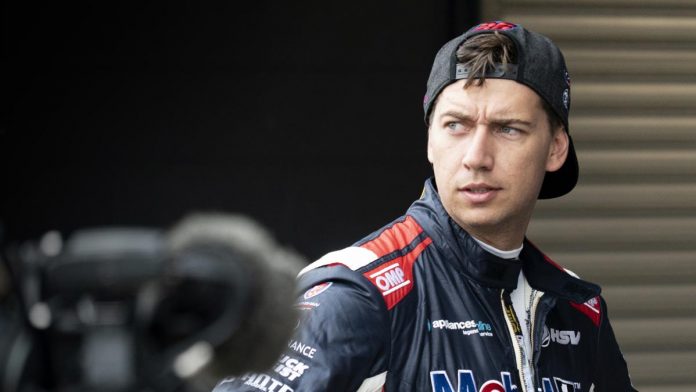 SUPERCARS star Chaz Mostert will make a long-awaited debut in the TCR Australia series at Symmons Plains later this month.

The 2014 Bathurst 1000 winner is set to race an Audi RS 3 for Melbourne Performance Centre, engineered by his long-time ally Adam De Borre.

Mostert will have his first drive of the car today at a pre-season test at Phillip Island featuring 15 TCR entries, before heading to Tasmania for the January 24-26 event.

He tested a Hyundai i30 N TCR car in 2018 but was blocked by his then Supercars squad Tickford Racing from competing in the 2-litre class when it launched the following year.

The team at the time cited competition between Ford and Hyundai in the road car market as the reason for the decision.

Mostert has since switched to Walkinshaw Andretti United, which fields Holden Commodores in the Supercars Championship.

Mostert is among a host of drivers featured in V8 Sleuth’s ‘Racing the Lion’, a 400-page illustrated book now available through the V8 Sleuth store.

“It’s great to get back into a race seat and start the season nice and early down at Symmons Plains,” said Mostert.

“Melbourne Performance Centre have put this deal together for me, and it’s great that I will have the chance to get some early miles for 2021.

“TCR is a pretty cool series. Racing door to door is what all drivers want to be involved in. I’m excited to drive the Audi.”

The link with the Audi customer team follows the end of Mostert’s factory BMW GT driver deal midway through 2020.

As for whether the Symmons outing will be a one-off, Mostert said: “At this stage, I’m locked in for the test at Phillip Island and the first round at Symmons Plains.

“We’ll see how the year pans out, but as a driver, you want to be in car, so excited to come down and get some laps and kick off the new year driving a new race car.”

The Audi to be driven by Mostert is the same car Leanne and Garth Tander drove last year and will sport backing from adhesives company Bostik.

Others already confirmed for the TCR grid in Tasmania include Lee Holdsworth, who is tipped to co-drive with Mostert in this year’s Bathurst 1000 after losing his full-time Supercars seat.

Mostert’s co-driver at Tickford Racing from 2018-19, James Moffat, will also be in the field, with a new livery for his Renault Megane, above, revealed on Tuesday.

It is the first event for the Australian Racing Group’s TCR and S5000 categories since the Australian F1 Grand Prix meeting was abandoned due to COVID-19 in March, 2020.