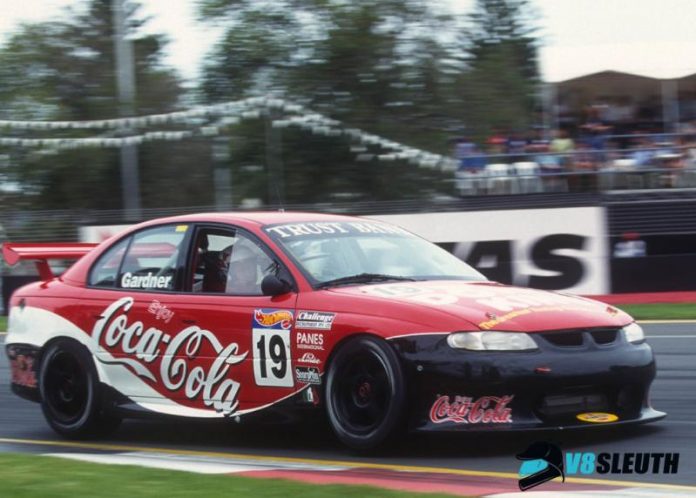 1987 World 500cc Motorcycle Champion Wayne Gardner sure left his mark during his time in Supercar racing and one of his former Commodores is looking for a new home.

Built in 1999 by Perkins Engineering it was raced by Gardner under a customer car relationship with Larry Perkins’ team and competed in the very first Sensational Adelaide 500 in 1999 after debuting in the non-championship Albert Park event.

This is actually one of two different Perkins-built Commodore VTs that Gardner raced in Coke colours in the 1999 championship. He later debuted another new car deeper into the ’99 season.

This particular carlater spent time in the hands of Dugal McDougall and Ben Eggleston before being restored back to its Gardner Coke livery and VT Series 1 spec by restoration guru Rick Wyatt for owner John Anderson.

This car has been on the market for a little while now, but its price has been reduced, making it an interesting car for a potential Kumho Series competitor or Australian 5-Litre Touring Car Association member.

It may take a few more years, but there’s no doubt that one day the early generation V8 Supercars will become Historically-classified by CAMS, so getting in early and parking a car to one side isn’t a bad idea either.

The car is advertised on the V8 Sleuth website here, have a look for yourself.

A more complete racing history of this PE 033 chassis is included in the V8 Sleuth website for subscribers here.