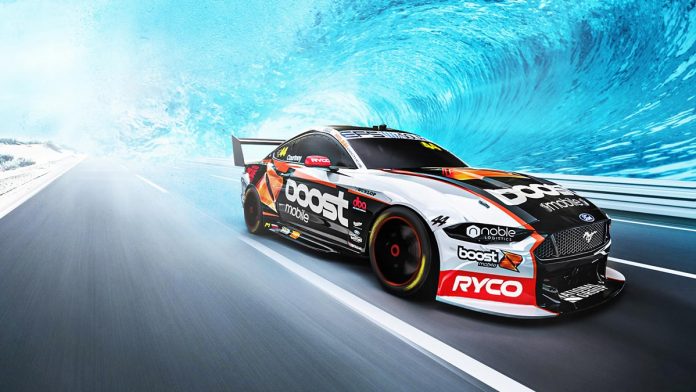 The new livery will have its first hit-out at Winton Motor Raceway on February 16 for the Victorian Supercars teams’ official pre-season test day.

“Even with all the craziness of last year I really enjoyed getting to know everyone at Tickford and getting to raise a trophy again at Darwin was really special,” Courtney said.

“Having a full offseason to properly prepare gives me a lot of confidence heading into 2021.

“Not having to worry about learning the car or getting familiar with the team, just a full focus on achieving results, which is really exciting.

“I can’t wait to hit the track with the Boost Mobile Racing crew and hopefully score some more silverware.”