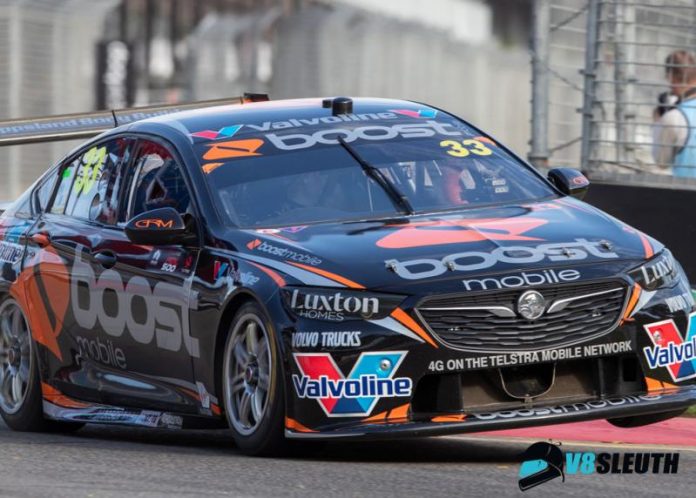 GARRY Rogers Motorsport may be departing the Virgin Australia Supercars Championship at end of this weekend’s Coates Hire Newcastle 500, however the Melbourne-based team doesn’t intend to part ways with the cars it has used in its farewell season.

The team has run the same pair of ZB Commodores across the 2018 and 2019 Supercars Championships and also has one of its older VFs that has been converted to ZB and retained as a spare chassis on standby.

Barry Rogers says the team will add the pair of current cars to the GRM collection that includes their 2000 Bathurst 1000-winning Valvoline VT Commodore and the 2002 Bathurst 24 Hour-winning Nations Cup Monaro.

“The thought process is that Richie’s car (#33) was Garth’s (Tander) last full-time car so after the Newcastle weekend the plan for us is to return it to his (Tander) 2018 livery,” Barry Rogers said this week.

“(James) Golding is the last of the young guys that have come through the team with Garry (Rogers) so the plan is for his car (#34) to be left as it finishes Newcastle. We have no plan to sell those (ZB Commodore) cars.

“We’ve bought two engines from Walkinshaw Racing for them. Under the terms of our lease we could purchase two so we’ve exercised that option so they’ll stay in those cars.”

The team built four VF Commodore chassis for the 2017 season after the end of its Volvo deal, when it had to send two Volvo S60s to Sweden under the terms of its arrangements with the end of the manufacturer’s time in the category.

However it was able to keep the chassis of one of the three Volvo S60s that were raced as a stripped out spare that remains at the team’s workshop.

Rogers is open-minded with what occurs with the VFs used most recently in the Dunlop Super2 Series by Chris Pither, Dylan O’Keeffe and Mason Barbera.

“With the VFs we’re open to anything,” says Rogers.

“If there’s the opportunity and budget to run them we’re open to considering things but we’re not what we’d call ‘motivated sellers’.

“If the right dollars and deal was there we would sell them but we won’t be giving them away either.”

GRM has built 24 Supercars in its time in the category, having first entered in 1996 in a Commodore VR sourced from its original constructor, Gibson Motorsport.

It acquired another ex-GMS car for 1997 and then an ex-Holden Racing Team Commodore when it expanded to two cars in 1998 before debuting the first of its own-built Supercars in 1999 at the commencement of the VT Commodore era.

Rogers says the Newcastle finale this weekend will be a celebration of the team’s time in Supercars.

“Knowing Garry (Rogers) he won’t want a big fuss to be made, we’ll do our races, sit in the garage afterwards and have a beer with our team and I reckon that’ll be it!” he said.