Home News HUGE NEWS FOR FANS OF SUPERCARS ON DVD! 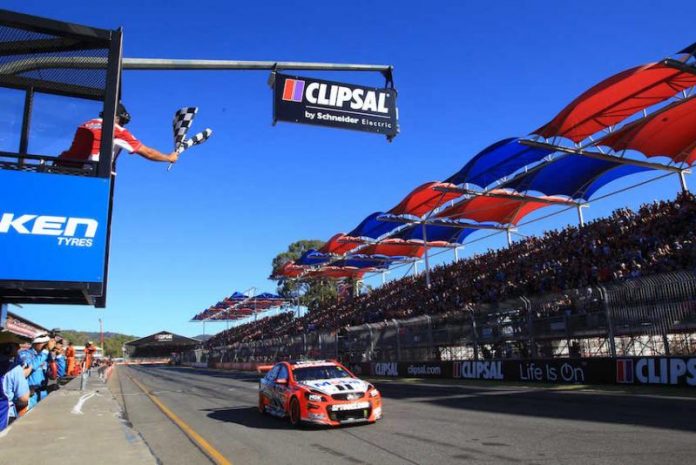 CHEVRON Marketing Services has today confirmed that it has secured exclusive rights to Supercars Championship and Bathurst 1000 footage from 1997 to 2015 for release.

The Sydney-based organisation – with which V8 Sleuth’s Aaron Noonan is closely connected as host/producer of its Seven Sport Magic Moments of Motorsport DVD series and other titles – confirmed the news today via social media.

“CMS’ first priority is to ensure that all highlights of Bathurst and touring car series reviews are available in 2018,” said the post today from CMS on social media.

“CMS Motorsport is pleased to announce that they have secured the exclusive rights to V8 Supercars Bathurst and Touring Car footage from 1997 to 2015. We will be working on the missing years (many of the season highlights from the early to mid 2000s) – trust us!”

CMS Motorsport’s John Kiddle has confirmed to V8 Sleuth his intentions to re-release existing Supercars Championship reviews and Bathurst 1000 highlights from the 1997-2015 era as well as create new titles utilising Supercars material from this period.

Given the huge success of the Seven Sport Magic Moments of Motorsport titles focused on particular drivers, circuits and eras, it’s expected that some new titles could be created in the future and bring a range of old V8 Supercar races to market for fans to enjoy.

Logical extensions to the themes already covered in the SSMMOMS series could include focuses on the Bathurst Shootouts of the V8 Supercars era, championship-deciding races, circuit or driver-specific themed titles and much, much more.

No Supercars Championship review or Bathurst 1000 highlights DVD has been released in the last few years – the last of either was released in 2015.

Make sure you select ‘V8 Sleuth’ on the dropdown menu when you place your order to let the CMS team know who sent you!