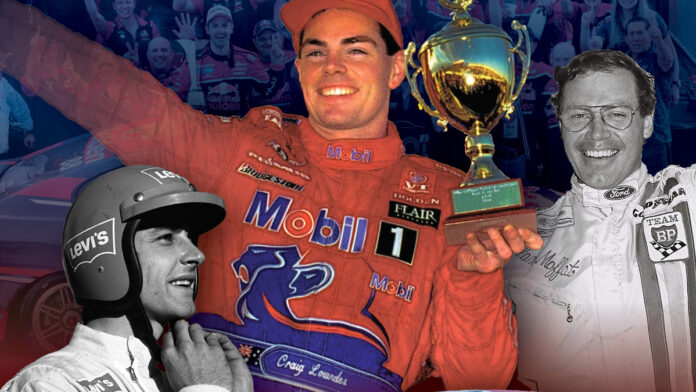 A NEW book by former Australian Muscle Car Magazine editor Luke West takes the Immortals concept made famous in cricket and applies it to motorsport, choosing the best of the best from Bathurst and the Australian Touring Car Championship (now the Supercars Championship) and other local series.

It focuses on drivers that have starred on the local scene, rather than Aussie drivers who made it big overseas.

The book delves into the careers and characteristics of icons Peter Brock, Allan Moffat and Dick Johnson along with modern-era champions such as Mark Skaife, Craig Lowndes and Jamie Whincup: heroes who are not just high achievers but influential identities who set a new benchmark and changed local racing forever through skill, determination and sheer will.

“While statistics play an important role in determining greatness in sports such as cricket, they do not deserve to be the sole criteria for selection,” writes West in the book.

“They are probably less important in motor racing given the modern-day Supercars championship comprises many more races than its predecessor, the Australian Touring Car Championship.

“So tallies of race wins are skewed heavily in favour of the likes of 21st-century stars Craig Lowndes and Jamie Whincup rather than heroes of the 1970s and 1980s such as Allan Moffat and Peter Brock.

“Yet there can only be one champion crowned per year and two winners of the annual Bathurst 1000. Thus, key influences on my measure of a driver’s greatness are multiple triumphs at Mount Panorama and in the season-long title fight.”