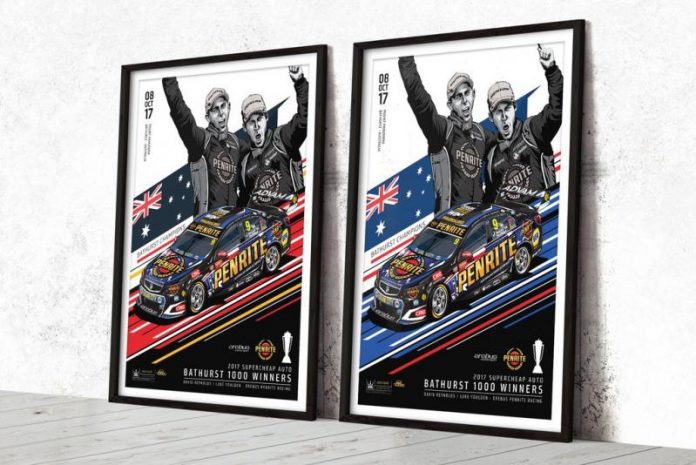 EREBUS Motorsport’s victory in the 2017 Supercheap Auto Bathurst 1000 was a very popular one among Supercar fans with a new collector’s print hitting the market this week that celebrates the win claimed by David Reynolds and Luke Youlden.

Produced by Authentic Collectables and artist Tristan Groves, two new Erebus Penrite Racing limited edition prints which have been produced in association with the team and are now in stock.

Each print celebrates the team’s 2017 Supercheap Auto Bathurst 1000 win, the first win for both David Reynolds and Luke Youlden in the famous race along with the first win for the team since their switch to Holden.

Two editions of this illustrated print are now available:

Each print measures (W) 594mm X (H) 841mm (A1 Size) and is printed on 250gsm Matte Paper Stock, individually numbered and signed by the artist.