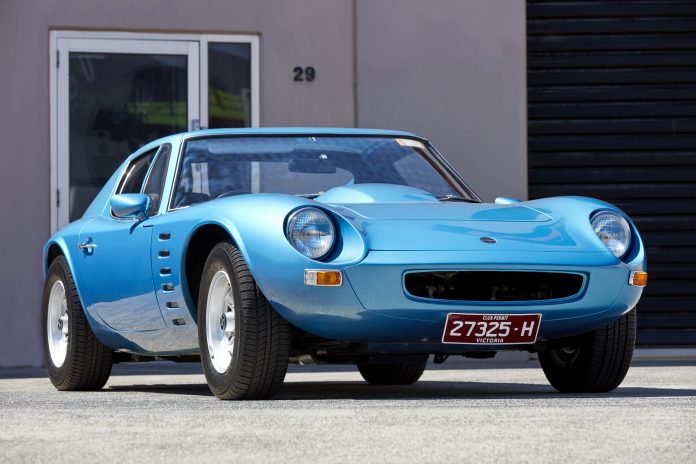 HALF a century ago, tiny Melbourne car maker Bolwell released the stunning Nagari coupe – a five-litre Ford V8-powered sleek two-seater that looked like a Ferrari or Lamborghini and yet didn’t cost a whole more than a Monaro GTS 350 or a Falcon GT-HO.

It’s the closest thing we’ve ever had in Australia to our own genuine exotic supercar – or at least it was, because now Bolwell is back, and the company has celebrated the 50th anniversary of the Nagari by producing an all-new Nagari model.

The new issue of Australian Muscle Car Magazine goes behind the scenes with Nagari creator Campbell Bolwell to take the wraps off the ultimate Aussie supercar, the Nagari 500 Mk11 – and looks back at the legendary original Mk8 Nagari, where it all began half a century ago.

Around the same time in 1969 that Bolwell was proudly showing off its Nagari, Holden was preparing to deliver a new V8 baby of its own – a V8 engine to be more specific, namely the all-new all-Australian 253 and 308 series.

The Holden V8 went on to major success – in the sales showroom and on the race track – over the ensuing 30 years but, as AMC this issue reveals, the really big achievement was simply the fact that Holden’s small engineering team was able to come up with a home-grown V8 that was the equal of – and in some ways better than – the legendary small block Chev.

AMC tells the story of the lengths to which Holden’s backroom boffins went to get the engine right – including the 36 different oil pump designs they tried!

The Holden V8 engine was a real triumph for the Australian automotive industry – and even today it remains among Holden’s finest achievements.

Those halcyon days for Holden contrast starkly with the current-day reality, because while AMC celebrates the Aussie Holden V8, in the same issue we lament the passing of the iconic Holden Commodore.

Holden took the decision late last year to kill off the Commodore – followed soon after by the announcement that the brand will be retired.

All that and much more in Issue 114 of Australian Muscle Car Magazine.