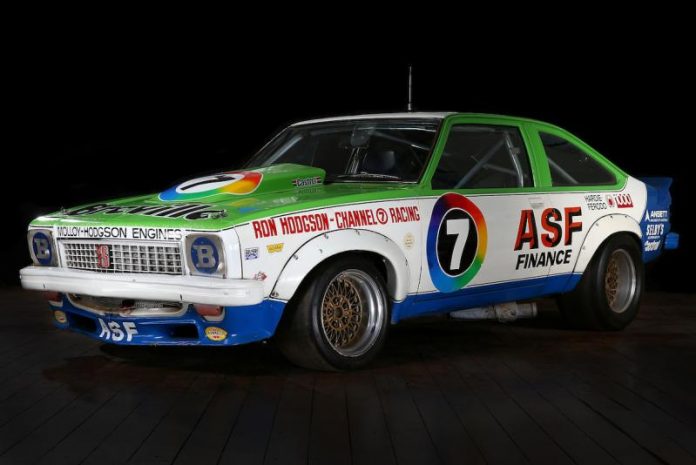 A HOLDEN Torana A9X race car that helped take Bob Morris to the 1979 Australian Touring Car Championship is to go under the hammer in Sydney late in May and is expected to fetch over half a million dollars.

mossgreen Auctions will auction the V8-powered Group C muscle car on Sunday May 28 at Carriageworks in Sydney, with the auction house estimating a price well north of half a million dollars for the unrestored piece of Aussie racing history.

The car has spent over 35 years in the York Motor Museum collection of Western Australia classic car collector Peter Briggs and sits unrestored as it last raced in 1980.

This particular car was one of two Torana A9X Hatchbacks used by the Ron Hodgson Racing team across 1977, 1978 and 1979 and was debuted at the 1977 Hardie-Ferodo 1000 at Bathurst in the hands of multiple Indianapolis 500 winner Johnny Rutherford and Janet Guthrie.

It was driven by Le Mans legend Derek Bell and Dieter Quester at Bathurst in 1978 (though crashed out in the early laps) and was used by Morris during stages of his 1979 championship-winning season as the #7 ASF Finance/Breville/Channel 7 Torana.

The car was entered as the #1 Ron Hodgson Racing Torana for the ’79 Bathurst 1000 and used for practice for Morris and co-driver Quester though did not take part in the race.

The car also competed in Morris’ hands at the popular AMSCAR Series at Amaroo Park in ’79 before being sold to Western Australia and raced briefly in Street Cars in 1980 before being placed on display and not raced since.