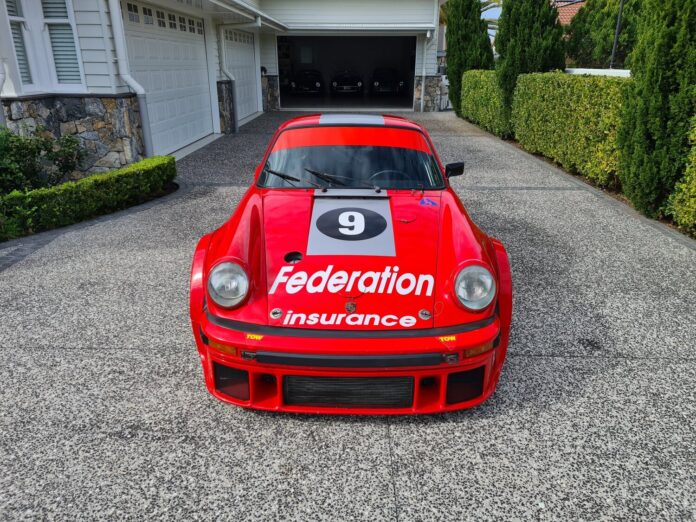 THINK Allan Moffat and manufacturers and you will probably immediately think of Ford and Mazda – but he was a champion in a Porsche too.

He won three of the five rounds that year, scoring wins at Sandown, Baskerville and Winton to finish five points in front of Peter Hopwood’s Lotus Elan.

And now this cool piece of Australian racing history is up for sale.

An original, unrestored factory 934, this car only made 11 starts in the period, including six wins.

Chassis #930 670 0165 was imported into Australia by Alan Hamilton, who used it to win the 1977 ASSC (in fact he shared it with fellow Porsche racer John Latham).

That 1977 season was the year Hamilton co-drove with Colin Bond in the second Moffat Ford Dealers Falcon as part of the team’s 1-2 form finish at Bathurst.

The 934 was barred from further competition as a Sports Car by CAMS and was shelved for two years until the rule was relaxed and the car again was eligible for the class.

Hamilton had been injured in a Formula 5000 crash at Sandown, so asked Moffat to drive the Porsche given his 1980 racing plans were relatively light in his ‘post-Ford, pre-Mazda’ period.

The car was updated to 934.5 specs and won the title with Moffat before the car was sold to Martin Sampson, who enticed John Walker out of retirement to compete in the 1981 championship.

Since then it’s had a few private owners and had its appearance returned back to its 1980 Moffat ASSC-winning livery.

The buyer for the car will also receive an option on its 1980 ASSC-winning 934.5 engine.

Find further details on the sale of the Porsche here on the Ecurie Bowden website.