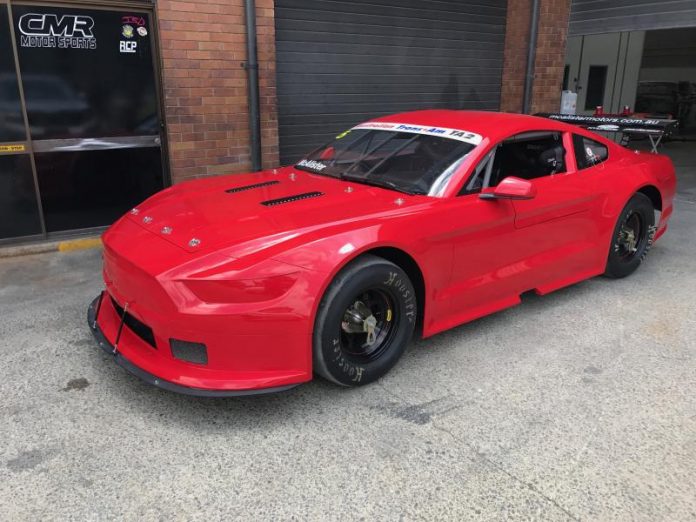 THEupcoming Liqui-Moly Bathurst 12 Hour weekend will feature the Bathurst racing debut of the new generation Ford Mustang, with a TA2 specification of Ford’s legendary muscle car set to take on the Mountain.

The Young-based Ford dealer will race the McAlister Motors-supported entry in three 10-lap races across Friday and Saturday of the 12 hour weekend. McAlister is no stranger to the Mount Panorama circuit, and is looking forward to returning to Bathurst in a 2016-specification Mustang.

“The Trans-Am 2 series has given me a great chance to market my business as a Ford dealer and it’s paid off handsomely. We do sell plenty of Mustangs and i’ve always been a Mustang fan, it’s the icon of the brand,” said McAlister.

“This will be the most pure race car i’ve ever driven up there, they certainly do everything right and i’m looking forward to experiencing that on the Mountain.

“It’s such a demanding track. There is a hill going up, a fantastic straight going down and with all the corners across the top of the mountain it’s got all the variables you want in a race track, but it’s very hard to set a car up to try and handle all those different variables.”

The Trans-Am 2 Australia Series will also have an off-track presence at the event, with a display in the Combined Sedans support paddock. Series founder Peter Robinson and drivers Cameron Sendall and Hugh McAlister will be on hand to promote the category to fans, media and fellow competitors. Pending arrival in late January, on show will be a new TA2 Dodge Challenger as the first TA2 race car in the world to have a lightweight carbon composite body.

“It’s an exciting opportunity for Trans-Am 2 to expose the series to the public at an event with a broad reach. With record fields in the 12 hour race, that in itself will bring quite a few people to the event,” said McAlister.

“I’m really excited about the potential the series has got and the momentum already achieved. They’re great cars and it is probably the most economical way to go racing once you buy the car.”

Trans-Am 2 kicks off their New South Wales series at Wakefield Park in conjunction with Stock Cars Australia on February 25/26, while the six-round Queensland series commences at Lakeside Park on March 18-19.