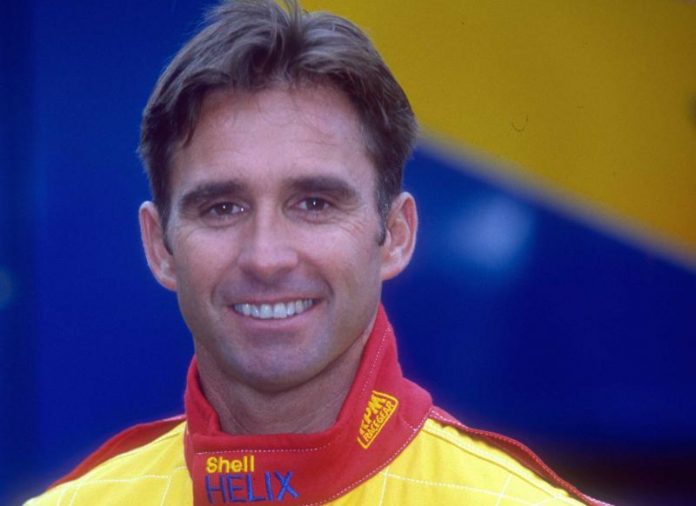 KIWI Supercars ace Paul Radisich has revealed a major regret of his time racing in Australia that could have delivered him into a team that went on to win the V8 Supercars Championship.

Speaking to V8 Sleuth’s Aaron Noonan for this week’s special Saturday Sleuthing story on the Official Supercars website (live on Saturday morning at supercars.com, read the last story on Simon Wills here), the former Ford driver revealed he could have left Dick Johnson Racing after one season – and signed for Stone Brothers Racing.

Having replaced John Bowe at DJR for 1999 after Peugeot pulled out of the British Touring Car Championship, Radisich enjoyed a solid season that very nearly ended with a Bathurst victory alongside Steve Ellery.

However a clash with a lapped car that ripped the stem out of a tyre valve put paid to their chances and the #18 Shell Ford eventually expired.

Radisich, who eventually stayed with DJR until the end of 2002, says he should have pushed harder to be placed with his countrymen Ross and Jim Stone and their Stone Brothers Racing organisation by Ford for the 2000 season.

“The deal with DJR was only ever a one year deal,” he recalls.

“But we had such a strong showing at Bathurst – which was the one that got away – other than the puncture we could have got there, but didn’t.

“I had an approach from Ford for me to stay and stay with Dick. After many hours of conversations I did.

“But at that stage I wanted to go to SBR. I was talked around (to staying at DJR) and I enjoyed the year with Dick and everything was going reasonably OK, but my first preference was to go to Stones.

“In hindsight that’s where I should have stuck to my guns and dug my heels in but I didn’t and the rest is history.”

Radisich stayed in the #18 Shell Falcon AU for three more seasons before departing for Briggs Motorsport while Craig Baird replaced Jason Bright in the SBR-run #4 Pirtek Falcon for the 2000 season before Marcos Ambrose arrived for 2001 and went on to claim the ’03 and ’04 championships.

Radisich did appear in a Stones-run Falcon though prior to all of this, driving one of the team’s (when it was still known as Alan Jones Racing) Falcons at the Wellington and Pukekohe events in New Zealand in late 1996.