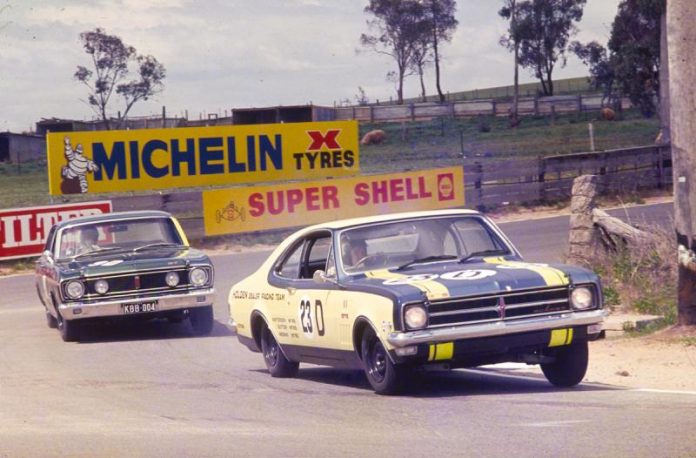 A FORMERHolden Dealer Racing Team Monaro GTS 327 that competed in the 1968 Hardie-Ferodo 500 at Bathurst has just been placed up for sale for the first time since its racing origins were discovered.

One of three HDRT HK models to compete in the race that essentially started the famous Holden versus Ford V8 war, the car is the only known one of the HDRT machines from that race to have survived.

It was entered by David McKay’s Scuderia Veloce and driven as the #23D car by Bill Brown and expat Aussie Paul Hawkins.

With a racing life covering 1968 and 1969, this car’s true identity as a former Bathurst race car was only discovered in recent years by owner Jeff Sinclair.

A full story outlining the history of the car and the restoration process was published in Australian Muscle Car Magazine in the May/June 2013 issue (Issue 67).

The current owner purchased the car in 2011 and it hassince appeared at the Muscle Car Masters at Sydney Motorsport Park.

Offers of over $150,000 are being considered for the historically significant Monaro with the full advertisement details available in the latest issue of AMC magazine.