Home News SETON: I NEVER GOT OVER TESTING SHUNT 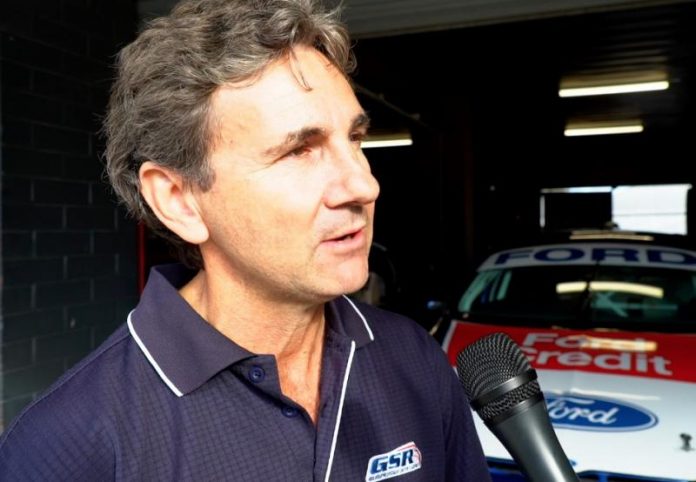 SUPERCARS Hall of Famer Glenn Seton has admitted that the nasty testing accident he survived at Phillip Island in 2000 was one that he never got over through the remainder of his racing career.

Speaking on Episode 1 of V8 Sleuth TV, Seton admitted the crash aboard one of his team’s Ford Tickford Racing Falcons knocked him around for the rest of his Supercars career.

“It’s a pretty big memory to be honest, I probably never got over that one because it was a pretty big shunt,” Seton told V8 Sleuth.

“It was a really hard one to get over and I probably never did get over it to be honest as a driver, because it really knocked me around.”

The crash, which heavily damaged one of the team’s AU Falcons, saw Seton sidelined for the Gold Coast Indy and Sandown events in late 2000.

As it played out he raced for another five seasons full-time in Supercars (from 2001-2002 with his own team, 2003-2004 with Ford Performance Racing, 2005 with Dick Johnson Racing) and never won another race.

All up he won an impressive 40 career ATCC/V8 Supercars Championship races, the last at Winton for FTR in July 2000.

The Ford ace feared he had broken his back in the Phillip Island accident.

“I thought at the time I had broken my back,” he says.

“They air lifted me out of there in a helicopter and I spent a week in hospital in the Alfred Hospital – geez, that was the longest week I’ve had in my life …

“When you have concussion and you’re vomiting all week, I just remember the pain in my head from that week being horrendous.

Watch V8 Sleuth TV Episode 1 and the full interview with Seton here in an episode that also includes an up close look at the 2018 Muscle Car Masters, a one-on-one ‘Quick Chat’ with Garry Rogers and a special feature on the Bob Pearson Pro-Duct Commodore VP.