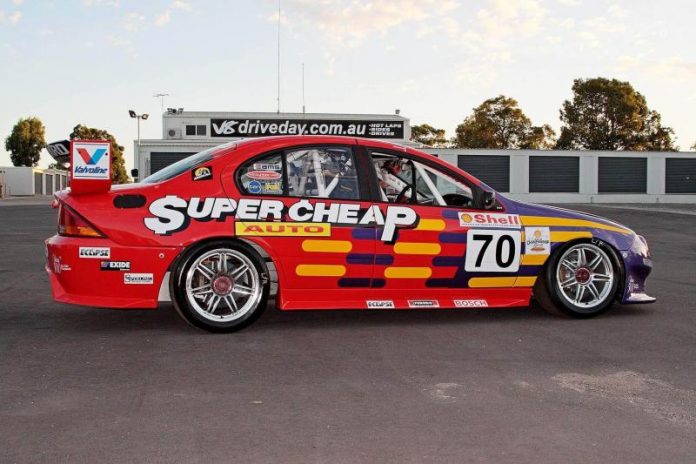 THIS year marks 20 years in the Supercars Championship for Supercheap Auto and one of the old Falcons originally run by the team has been put back into its original livery.

This particular car now lives on in Darren Boland’s hands in Perth and he recently undertook a project to return it to the livery in which Briggs raced it in ’99.

The car made its debut at Phillip Island that season and was raced by Briggs all year with Tim Leahey coming on board as co-driver for the Queensland and Bathurst endurance races.

Briggs purchased the CAT Racing V8 Supercar team and this particular car was sold to Anthony Tratt’s Toll Racing team and used as a spare before being rebuilt and driven by Tratt and Alan Jones at Bathurst in ’01.

Considering the Supercars Championship is heading to Barbagallo Raceway in a few weeks’ time, it would be great to see this car on display at the event to help Supercheap Auto celebrate its 20th year in Supercars.

The full race history on this car – and over 400 others – sits in the V8 Sleuth website for subscribers.