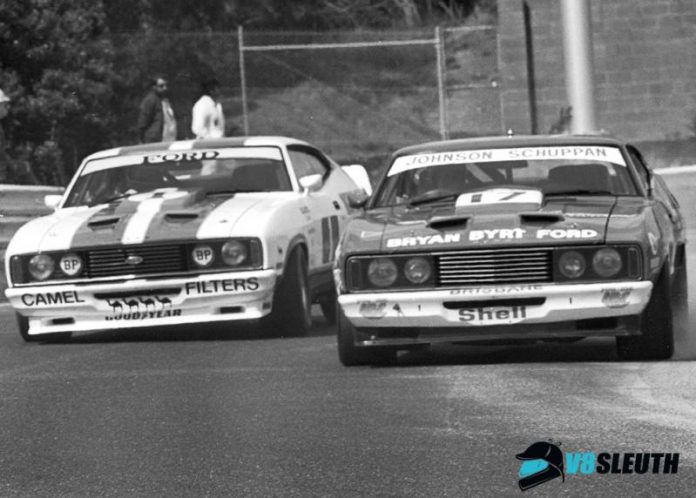 STORY: WILL DALE
IMAGES: AN1 IMAGES

JOHN Bowe may currently be racing a Holden, but the multiple Touring Car Masters title-winner would love to be back aboard a Ford – specifically, in the ultimate version of Ford’s two-door hardtop Falcon, the XC Cobra.

Bowe was the focus of the latest episode of Greg Rust’s podcast Rusty’s Garage, the Supercars Hall of Famer engaging in a wide-ranging chat about his decorated careerwhich currently sees him campaigning a Holden Torana in TCM.

“If I had the money, I would build another TCM car out of an XC Cobra Coupe,” Bowe told Rusty’s Garage.

“So if you’re listening and you’re pretty flash with money, come and see me! You can own it; I just want to drive it.

“The last of those cars, the XC Cobra with the big bonnet cowl, I reckon they would make an awesome TCM car.”

Bowe earnt his greatest touring car successes in Ford machinery, including both of his Bathurst 1000 wins, his Australian Touring Car Championship, and his first two TCM titles.

“I went down to the All Ford Day down at Geelong (in February), and I reckon half the people I talked to said ‘you shouldn’t be in a Torana,'” he said.

“But it’s just circumstantial, and to me it doesn’t really matter.

“I’ve got a Ford heart; it’s just that I’m racing a Torana.”

Click HERE to listen to the John Bowe episode of the Rusty’s Garage podcast.